As I learn the culture here
Potentially inadvertently crossing the line from time to time….

With the general understanding , the goal is to create a great place to talk lions , some things slide easier than others.
Ultimately
Giving us this platform here -
which is a pretty nice place.

Since it’s the off-season
What is the
“Den-Story”?
How did this place come to be ?
What’s the origin story ?
How has this place evolved , either organically or through specific intention ?

Y’all can thank @TCLion for me

The Den started when Nate’s father first looked upon his mother with a gleam in his eye, and Nate (later to be known as The Godfather), came unto the planet to fulfill his pre-birth contract…to reside within his destiny…to create…THE DEN!!!

Others will fill in the gaps. I started it for you

Others will fill in the gaps

Well judging by the way you started your response, it appears Nate’s dad filled in the gap.

Well judging by the way you started your response, it appears Nate’s dad filled in the gap.

LOL - he most definitely did, in the beginning.
More to… come

I think this current platform is 3 or 4 years old, but “The Den” on one platform or another has been around for much longer. I think I found it around the late 90s or early 2000s probably when I was board at work. It would be cool if Nate (if he already hasn’t) put together a little history.

Lay down a beat and educate, Godfather

This is going to be spotty. And some of it is lifted from a 10 year anniversary post that I kept in the event someone got bored enough to ask.

In some form or another, this site has been around since 1998. Initially, it was literally hosted at members.aol.com, so a lonely and semi-ambitious teen could communicate his feelings about the Detroit Lions.

The late Stephan Miller reached out to me in 1999 to partner up. He ran NFLFans.com, a message board community, and needed a Lions admin. At the time, there were maybe 8 posters— five of whom were my aliases. I’d continue to scribble barely coherent ramblings for my “blog” and grow the forum.

(Important note: Stephan Miller was my friend, mentor and avid Skins fan. He was sadly killed in a bear training incident several years ago. But for all the credit I get, he’s the only reason any of this happened. I think of him often)

In 1999, NFLFans.com was purchased by startup rivals.com. Miller brought me along for the ride, which included a signing bonus and (gasp!) a professional website and, of course, the latest forum software. But the big thing was joining a network of successful sites, allowing fans to explore and find our community.

This was at the peak of the dot-com explosion; if you had a reasonable .com name and an idea (any idea would do), people gave you money like it was Skittles. So Rivals had a front page spot in the USA Today after securing $75 million in funding, was going to transform sports media as we know it, put ESPN out of business, etc.

Two years later, we went out of business (along with about half of the internet at the time, so it only mostly destroyed me). I put up a temporary web site until something better came along … it did.

In 2001, Jim Heckman, the original founder of rivals.com, called me personally to tell me of this great plan he had to start an(other) sports network. It would be comprised of niche team sites, and essentially be a portal for sports fans of varying interests. It would be …

Rivals.com. Again. Only it was called TheInsiders.com. And later rebranded to Scout.com. And bought by Fox Sports. And sold/bought/sold again under various groups.

I dunno, it wasn’t like I ever got any cut.

(Someone PMed me here once and insinuated that I’ve sold this forum multiple times. I’ve never sold it. I’ve joined and left networks, sure, but sold? Nah. But if someone’s ever in the market…)

It always made sense to have a stable network host the forum. It’d save me any major cost and I’d reap better technology and what usually amounted to $75/mo in ad revenue (not an understatement).

But really, it was stability.

For some reason, I couldn’t bear the thought of losing this place.

Eventually, a couple years ago, there were rumblings that the last network we were a part of was going to shut things down. They did. I’m sure it made sense financially, but painful to watch nonetheless.

So I moved us to a Facebook group for a minute before relaunching the forum upon request.

It’s been a helluva ride, folks. We’ve had some amazing and entertaining moments, we’ve watched and chatted and messaged and complained and cried and laughed during games, we developed close bonds to people that we have never met, we were together during 9/11, we all read LionMom’s post when spike died (a moment that still brings tears to my eyes), and later, learned of her own passing.

You’re my brothers, my sisters, and my weird uncle, even if I’ve never met you. If we didn’t have the Detroit Lions, we wouldn’t have each other. And as long as the Lions are in Detroit, as long as you folks wish to stick around, this web site will be here.

As spike so poetically wrote, “Nothing since 1957 … but we’re working on it.”

Thanks for reading and becoming a part of this crazy community. I hope you stick around.

Nate
PS — If I ever seem oddly defensive of the moderators, it’s because most have been around for a long, long time, dating back to that first network. In particular, @Weaselpuppy and @REMRebound. So be kind and tip well. The history of The Den doesn’t mean a goddamn thing without the moderators keeping things in check.

You are loved and appreciated more than you know, brother!
Hope you and the fam have a great weekend! I know someone’s gonna try to one-up me, so I’ll just go there immediately…dumb’n’dumber style. Hope you guys have a great life.

Fun & goofball way to make a serious comment without crying. “Safe language” to maintain my manliness.

Thanks for everything, @Nate
You’d be cool even if it weren’t for The Den, but this is some pretty tricked out icing on the cake.

In all seriousness thanks @Nate for putting all that together and giving the timeline. Really cool to hear and very interesting!

I’m so glad I found this place. I remember the old mlive forum where Tom Kowalski would post, mostly POD since then, but this format is definitely my favorite. Just like how it’s set up and works. And now knowing the history makes me respect the dedication and resiliency even more.

Keep up the great work and making this one of the best known/unknown secrets out there. And to echo @Billysimsmademedo, thanks @TCLion! May never have found this place without him!

What a great ride ! Thanks for sticking it out.

I’ve never known local lions fans so finding this place gives me a nice outlet to connect with others who are passionate about the team.

The fact you helped create That for us and keep it going is appreciated.

I’ll keep apologizing in advance for if/when I cause waves. The social scientist in me is fascinated when we see over lap in areas that are a little tough to discuss yet I still find to be legit nfl or lions related topics. At times , I can’t help myself.

What a great ride ! Thanks for sticking it out.

That’s what she said!

I’ll add in one hazy remembrance of my own. I was working at an earth terminal in Malmo Sweden at the time and had a lot of free time on my hands. Around early 2001 I think, before the world changed.

I had my own little message board, nothing big. Spent most of my time on this forum. We had entire, 7 round mock drafts with 32 different GM’S making every single pick. On a message board. Yeah, it was fun.

Then the site got shut down. I invited Nate to use my message board as a life raft until he got things sorted. It worked. It was a few days, kept the gang together, and life moved on.

Shit! I was told there would be snacks!

Didn’t know I had jumped aboard so close to birth?!

I recall a sit called the “NFL NewRack” and I found a link to here (or there) back in 98-00…. While in Japan at Misawa AFB…. Sitting alone in the armory on a mids shift…… who’d think after all this time, we would still be here?!

We are the cockroaches of the NFL baby!! We will be here even after Armageddon

Couldn’t find the right reference to cockroaches…. Do this will have to do! 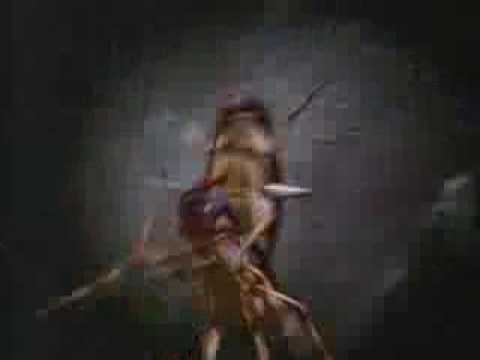 I think I found this site a few years back. It was like when I went to my first Lions game at Ford Field and entered the Tail Gate at Eastern Market. I thought there are others like me! I don’t post much but am on here just about everyday. Really appreciate the site @Nate and all the regular posters and mods. 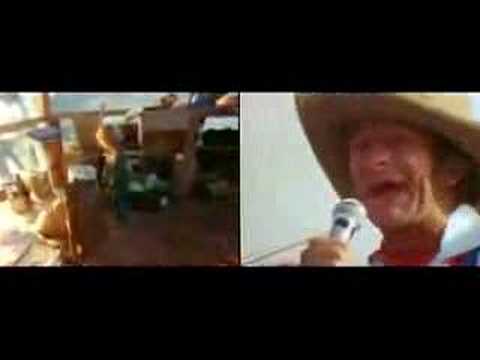 While in Japan at Misawa AFB…

Ha, I was in the AF too, over in Camp Humphries in ROK, when I stumbled on the site in 99. Small world

I was a senior in high school. My older brother introduced me to the forum in 06 or 07. I promptly kicked him out of the family computer and signed up as FireMillen05.

I remember having the Stafford/Bradford debates.

Went to NMU starting in 08 and introduced a few of my best buddies who were lions fans to the site. My brother had faded off by this point but a few of my friends became pretty active members.

I remember a few of us trying to hold the scout board up during some of the transitions @nate referenced. One day everyone showed back up and filled us in on what was going on.

Finally switched over to this a few years ago (timing might be off here) and haven’t looked back.

I never cared about what the site name was or who was the host. I simply wanted to keep having lions discussions with folks I had grown up chatting football with. Such an interesting opportunity my generation has had to make friends via the web. I don’t imagine you old timers had that luxury

Through this website under various hosts and such, I’ve met some good people. I’ve had a beer with @Canucklehead in Detroit. I’ve been to a few games with members.

Jaded (not sure of his handle here now) sold me tickets a few times. We went to a game together and had a blast.

This site helped me get tickets to bring my little bro to Ford field for the first time.

Jaded helped me get my navy buddy (a poster here for awhile) down on the field during training camp during his leave.

12-13 years later still around under a different name. I still try to get on daily during off-season.

Thanks for the background story godfather (@Nate )

There’s my personal background story with this community. What a blast it’s been!