Who are the 3 biggest sports stars in Detroit currently

They were asking this about every major sports market in the US today so I thought I would throw it to the board. Its crazy how some cities are stacked with top notch stars and some cities are kind of void of them at the moment. There was a time where if you asked the question we’d have to decide between Barry Sanders, Cecil Fielder, Isaiah Thomas, Steve Yzerman. And that’s before you guys insert other stars of the early 90s that were playing in Detroit at the time that you probably instantly thought of.

Fast forward and I’m struggling to come up with much star power. The only “rules” for the radio show were that the player has to be a guy/girl who is still playing. They don’t have to be the star they used to be (like Larry Fitzgerald was named for Phoenix area). The only other thing they said was to put more weight on how the local community feels about the player and not as much weight into how the player is perceived from the outside looking in. For instance guys like Sledge and Spielman were hugely popular for us…but outside of Detroit they were not.

Hockey - I don’t follow hockey that much, so I will leave it up to you guys to say whether one of our Redwings players would make the current top 3.

Baseball - Maybe Miggy Cabrera? I really don’t know many names beyond his. It wasn’t too long ago where I could name a half dozen or more good players on the Tigers. I only know Miggy now.

Basketball - This is the first time in my entire life (after about 7 years old) that I can’t name a single Piston off the top of my head. Even when I looked up the roster a minute ago, I had no idea who most of those guys were. Even the few guys who I knew who they were, I had no idea they played for the Pistons.

Football - Is it me or did we just trade our only big name, recognizable type player on the Lions?

although the most popular has probably been Jakub Vrana this past month or so.

Baseball - Miggy based on legacy I guess. I’ll throw out a darkhorse and say one of their big prospects. Riley Greene/Spencer Torkelson.

Basketball - Pistons are only beginning to bloom considering all their youth. I’ll say Saddiq Bey though.

I would say probably the 3 in order would be

Honorable mention - not a player but coach, Dan Campbell. In a few months he truly has taken the city by storm and I would venture to say he is probably the most popular sports guy in town at the moment.

I may be a bit biased being a such a big Lions fan… but I really am trying to think of this objectively!

Yeah I agree on Bey as well…

Football - Is it me or did we just trade our only big name, recognizable type player on the Lions?

Literally - yes. Our biggest name doesn’t have national recognition. I think Swift is amazing, but not nationally recognized. Sewell? Does any team ever have a face of the franchise at OT? Literally nobody in our city. As known as Goff is, he’s not getting local respect yet, let alone national respect. I think he will be most likely to be most known this year. I think our OL may eventually get a name like “the hogs” or the DL get a name like “steel curtain”, but it would be more like a Penn State, no names on the jersey type feel. Innnnteresting.

I love that you know other sports about on par with how I am…they’re irrelevant. I’m even drifting very far from cage fighting. It’s football only for me, now.

Our biggest name doesn’t have national recognition. I think Swift is amazing, but not nationally recognized.

One of the only criteria they gave was to put much more stock in the local fame of a player, not their national fame. But even on a local level we don’t have many guys to choose from right now.

Does any team ever have a face of the franchise at OT?

There have been a few that come close. Anthony Munoz, Joe Thomas and Tony Boselli were pretty popular figures in their markets. I would even say Lomas Brown is a pretty well known figure in Detroit. But of course he played in a time when there were many more stars. Right now he’d be one of the biggest stars in the entire Detroit area!

Lomas Brown is a pretty well known figure in Detroit. But of course he played in a time when there were many more stars. Right now he’d be one of the biggest stars in the entire Detroit area!

Quality human being too. His season tix were literally right in front of mine. Palace was set up well enough that I could still see well, even with him in front of me. LOL. People were coming up to him asking him to sign napkins, popcorn buckets tickets etc. Sometimes, I felt for the guy. He gave his seats to ppl from his church all the time, so he didn’t attend every game. Lomas sat in front of me about 1/4 of the games.

The first time I saw him, I waited for the dust to settle, and I said to him, “Hey Lomas, that’s a good-lookin’ boy you’ve got there.”
He says, “Thaaaaaank you”.
I said, “Lucky he took after mom’s side of the family eh?”
He laughed pretty hard. He wouldn’t talk football, but he loved talking hoops with me. All I really ever talked to him about was basketball. Great human.

Truthfully, I thought Barry made that entire OL look way better than they were, Lomas included. Just my opinion. Loved the guy, but wasn’t as impressed with the player as most. I thought Glover was a bit underrated. It would have been fun to see what they could have done with Utley and Andolseck. Craziness.

I do agree w/you though - Lomas was very popular here. His relationship to fans reminded me of how Rick Mahorn was - just a good dude. I know a lot of people would argue with me, but Mahorn was a very good man who loved this city and it’s fans.

Red Wings- Larkin, Vrana yep…however Moritz Seider will be up next year. That dude is going to be a Detroit favorite. Unbelievable talent. Campbell would love him on the Lions.

Badoo for the Tigers was trending for a bit…

I mean really the biggest stars are the retired guys…Barry, Stevie Y and probably Miggy I guess but you really still could argue Al Kaline…

Current players? Goff, Larkin and Beef Stew. I love that guy. He’s what would happen if Mahorn and Laimbeer had a kid with Rodman.

These 3 guys however may be the worst 3 star set since Ogrodnick, Danielson and Steve Kemp…1979 sucked huge ass.

And yes Miggy to me is retired. This Walking Dead version of him is just sad.

Wow, I really hadn’t thought about it until you pointed this out, but we are completely dearth of star power in the motor city!

Frank Ragnow is my hero. But he’s not a star …yet. So Miggy at the end of his career is the only star.

And yes Miggy to me is retired. This Walking Dead version of him is just sad

And like the Walking Dead, Miggy has dragged on a couple seasons too long with a deteriorating cast, budget and storyline…

Man, was talking to my friend about the Tigers, and it’s exactly what you said… but I think he still has full support, because he’ll come out and hit a few dingers or whatever and everyone will be like “oh hey what’s up Miggy you’re back!” And then his reply is usually, “hey yeah thanks but not for long.”

I think the tigers are so bad it’s like those who are hopeful are just grasping for good signs, and he provides them, occasionally, then just kinda goes back to zombie Miggy.

Zombie Miggy, not unlike Zombie Flanders

Speaking of the tigers… man I haven’t seen much this year, but look at these batting averages… 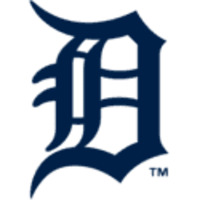 Without looking at anyone else’s first:

In two or three years, this list will include Riley Greene of the Tigers and either Killian Hayes or whoever the Pistons are drafting up high in this draft – maybe Cade Cunningham?

Football - now, I guess its either Ragnow or Hock. Can’t put Goff there yet, he hasn’t played as a Lion yet.
Baseball - sad, yes, Miggy. In a few years it better be one of our pitchers like Torkelson.
Hockey - I don’t follow closely enough.
Basketball - Jerami Grant is our best player. Saddiq Bey will come in fifth for rookie of the year. Killian Hayes was our 7OA draft choice, and has had about four nice games - he’s been hurt most of the year. If you pressed me, I’d have to say Grant. In two years, I bet it might be Isaiah Stewart.

For a city with four teams, this has got to be the poorest group of stars and not by just a little, I would think.