Who will change my mind?

I mentioned this in another thread but thought it might deserve its own topic.

While I believe most of us agree that Patricia was a bad head coach, I wonder how the guys that were taught how to play in the NFL will do under Campbell.

Here is my list of players that I believe have a chance to change my mind under the new coaches.

Okudah is first, I wonder how much of his problems were just thinking too much to understand his responsibilities.

Stenberg appears to be one of the players that was drafting and then put at a position he had to learn instead of the one that got him drafted. If he gets put back at the OG position he should improve.

Finally I will mention Tavali. IMO he was not helped by the scheme or what was asked of him. I can imagine him being put into better position with this crew.

So these are my guesses/hopes to change my mind about their ability to play in the NFL. Who you got?

Will Harris and Tracy Walker both in the same category as Okudah. Who really knows what we got in the secondary.

Given where Tavai ranks as the team’s biggest heel, I’m saying he has the biggest chance to change minds. Assuming he’s lining up as a gap-filling or Guard-blocking linebacker behind real D-Linemen, and considering they’ll be doing less man (I assume), then he’s the first guy I think of.

If anyone’s mind is made up and needing changed about Okudah, they should find their mind first because it’s been lost.

To be honest, I’m probably most interested in what happens with Walker and AO. Both have shown glimpses of hope. I wonder if they’ll be able to remove the question marks from their game.

Nobody on the Offense is likely to move tiers, IMO. I think they’re all what they are.

Given where Tavai ranks as the team’s biggest heel, I’m saying he has the biggest chance to change minds. Assuming he’s lining up as a gap-filling or Guard-blocking linebacker behind real D-Linemen, and considering they’ll be doing less man (I assume), then he’s the first guy I think of.

I heard on some Lions podcast that Tavai was down to 235 pounds and was looking good. He was more like 255 last year, he would at least be more useful on specials teams being 235.

Walker and AO. Both have shown glimpses of hope. I wonder if they’ll be able to remove the question marks from their game.

Walker and AO. Both have shown glimpses of hope. I wonder if they’ll be able to remove the question marks from their game.

I agree on those 2 fellas. AO looked real good in short bursts last season. And Walker has all the tools, big, fast, athletic, and can tackle. He regressed under Patricia and was better as a rookie.

Tavai was overdrafted by about 3 rounds and will never live up to his 2d Rd pick status: 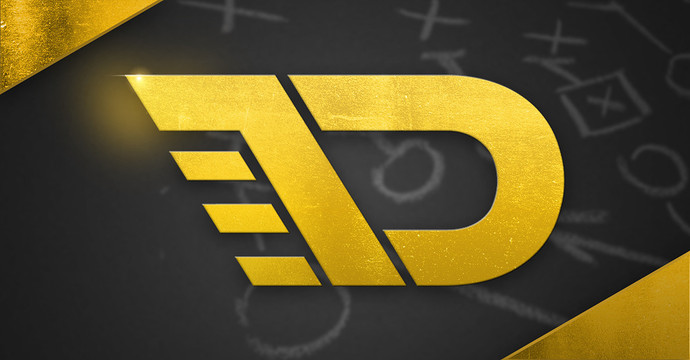 Find the latest coverage, analysis, and player rankings for the 2021 NFL Draft. Create your own mock draft or Big Board and see how it compares to the experts' rankings.

The new regime has already done more positive for the organization than the entire Quintntricia tenure.

Stenburg and Okudah were rookies, they might have struggled no matter who coached them. Patricia probably didn’t help, but enough rookies struggle when they get to the league, I’m willing to bet on simply 2nd year improvement.

Nobody on the Offense is likely to move tiers, IMO. I think they’re all what they are.

Only the rooks - Otherwise, I agree. Hopefully JJ is dy-no-Mite! and St Brown of Motown can dial it up.

On D, Okudah is my obvious pick. Flowers will be good too. All of them are going to improve on D, truthfully. Patty was an idiot

Same could be said for Tavai (regressed).

It’s true, he was better and showed a bit of potential as a rook. Even if he could be a serviceable backup and play decent on special teams, I’d take it, better than getting nothing out of another 2nd rounder.

Tavai may not make it through camp. I don’t know cap implications if he gets cut, but I doubt the current regime cares where he was drafted. He’s just another camp body. I suspect that, barring a miraculous turnaround from him, one of the UDFAs will win his spot.

While I get what you are saying, that is a different subject. I for one do not hold where a player was drafted against the player, that is on the staff.

From what I saw on the field he was okay when not asked to cover. He appears to be better for run support or QB spy. Though he would have to show that better this offseason.

Oh, and to answer the original question, I gotta go with the easy answer: Okudah. Just seems like hands-down the most to work with. Would sure be nice if we had a pro bowl caliber CB already on the roster–or even just a solid starter; at this point I’ll happily take it.

I agree with LKA. I don’t care about Tavai’s draft position, I only care to see if he can play the game. He looked like he could in '19. He’s going to get paid 1 mil to play this year, none of that is guaranteed.

Tavai is slower than molasses in winter time in International Falls, MN.

I’d be surprised if he wasn’t part of the Lions training camp cuts.

I don’t know cap implications if he gets cut,

we gonna bite ass this season.