Check out this breakdown of the Giants game, if you haven’t seen it. It’s worthy.

Been a minute, Thanksgiving break begins for me and holiday wishes for rest and joy to y’all…

Second time I watched it, loved it more the second time.

This video just highlights a lot of growth and development in the young guys. That is probably the most encouraging part of the win streak is that it is 100% due to the young guys stepping up

Couldn’t agree with you more. Commitment to development is one thing I’ve been impressed by with this staff since early on. Now, maybe, seems to be paying dividends.

*Aubrey Pleasant is included in that. Whereas I don’t think that he was good on gameday, I trust he was good at development.

What a great film breakdown.

Agreed. An excellent breakdown by Baldy. Got give credit to the coaches, too, for a great game plan and getting both sides of the ball to work as a unit. I am seeing real progress by this team.

Thx for sharing that!! Great breakdown.

The O-line is really mauling people in the run game, and watching St. Brown block might be more fun than watching him catch passes. Pretty amazing that a 6’0 - 200 pound WR can block that well, shit he’s taking on D-ends and linebackers on a regular basis. These guys have 40-70 pounds on him.

Hines Ward would be impressed. I never really loved Baldy as a color guy bc he’s such a spazz but his spazziness is a real tailwind in the short format. He’s like the informed football version of the Chris Farley show.

When he started at Fox, I always thought/said that he was mimicking Millen in his style and delivery.

None great, but all good.

Farley talking to a Lions fan!! McNeils development is so important to the success of this defense.
You have a DT that can push the pocket and take on double teams like he did in this game, the rest of the defenses job is 10x easier.

Hopefully this is a continuing trend.

My favorite part was Hutch “throwing Golladay out like the trash”… 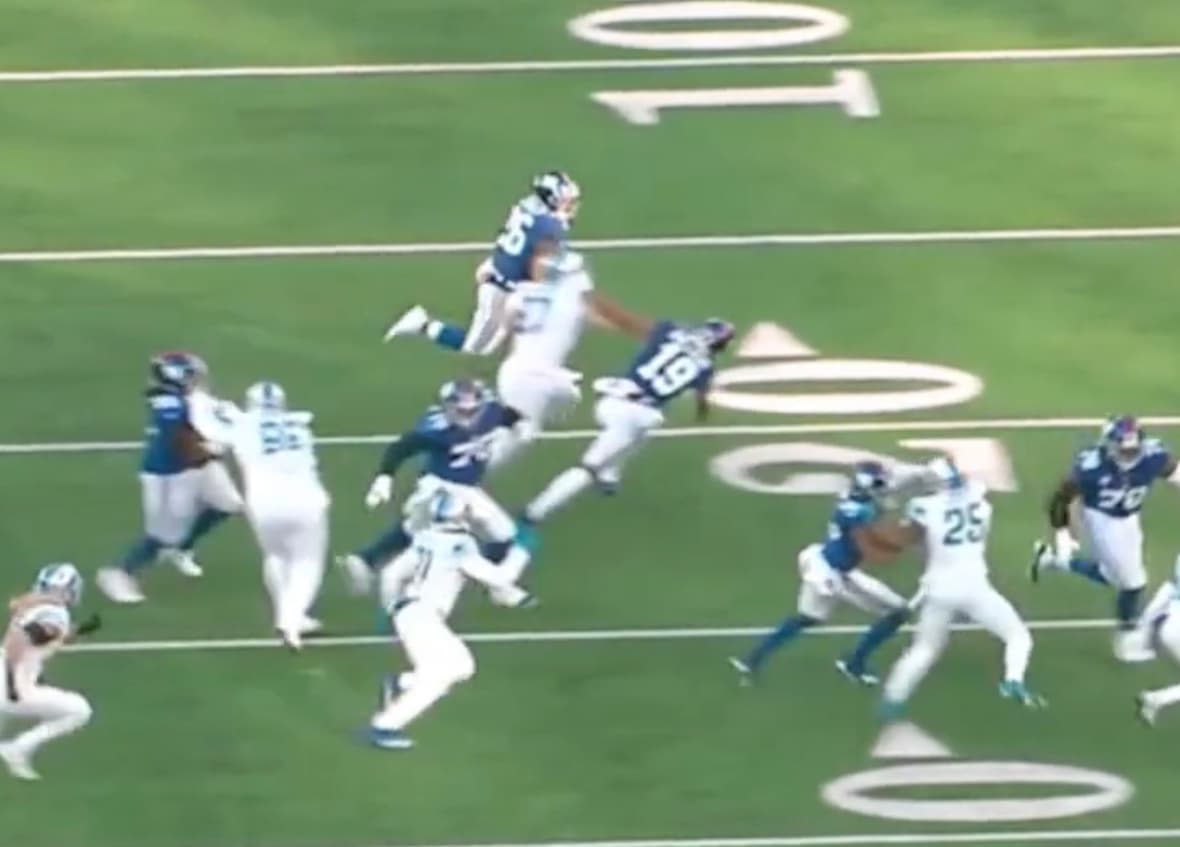 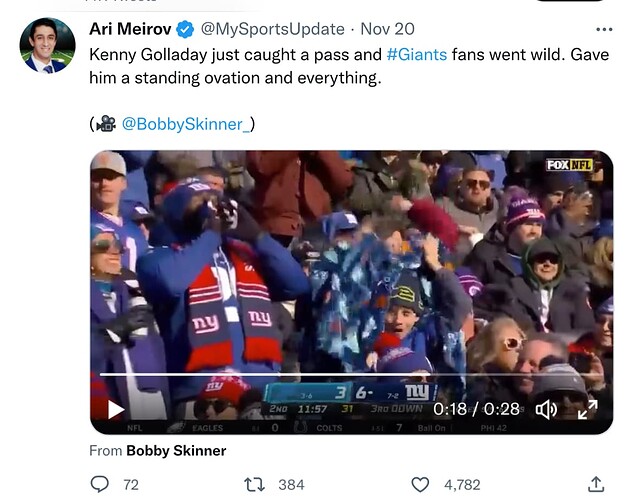 Too bad Brown and Jackson are both out tomorrow. Without them our offensive line will NOT be the same. I know you guys don’t want to hear it, but this game will be a blow out.

Positives…
LOOOVE our HC!
Sheila made the trip with the guys and waited for them outside the Locker Room door after their win…WCF neeeever did that.
Energy off the friggin’ charts!
Level of connection of the brotherhood is unmatched.
Haven’t seen this level of camaraderie ever on an entire team before…Barry’s OL loved him, and there was some definite closeness on that team too…but not like this. The spearhead is a coach causing the cohesion, instead of a player (Barry…a RB that always gave 'em a chance).
Baaaaaad things, man…Baaaaaad things.

Negatives…
Dan has lost the locker room, as all the players call him dan.
Grit is a dirty joke that doesn’t impact anything.
We need to fire everyone and start over (but at least we have some pieces that could translate to our next offensive and defensive schemes).

Imagine if the guy taken the round before him was showing similar progress.