Tomorrow is the first game I see live all year. So who and what should I keep an eye on?

I’m thinking key on Hutch, see how much he rushes the QB and how much, if any, does he drop back to take away a slant or confuse the QB. Barnes at Rodrigo at LB. What else?
On offense, I like to watch Ragnow. But will also watch Penei - just loved him giving the business on Swift’s 34rd and short last week. Fun to see.

Did I cover it? Am I missing anything?

I love it all. Downfield blocking, especially when OL get to the 2nd level, but also WRs. Fun to see how many of our guys flatten someone.
On D, I lik to watch big view and see slants/stunts/blitzes and how they made it happen or missed.
I LOVE watching Fox. Last game he kicked two of them so far over the return man’s head that he had to damn near sprint backwards, as well as pinning 'em deep once.
Week before that he had a sweet tackle.
We all know about his passing ability and how often we go for it on 4th down. Love that dude.

JaMoss watch in in effect soon.

Ra blocking and catching, stiff-arming and juking. Love how fearless he is too.
Just a lot of fun stuff when you see the intricacies of th energies out there too.

One week, J-Will got flagged for pelvic thrusting (LOVED THAT)
Next week, he came out and raised his hands to the sky like he was gonna pelvic thrust again, but didn’t pelvic thrust …2ND FUNNIEST THING I’VE EVER SEEN ON A FOOTBALL FIELD. 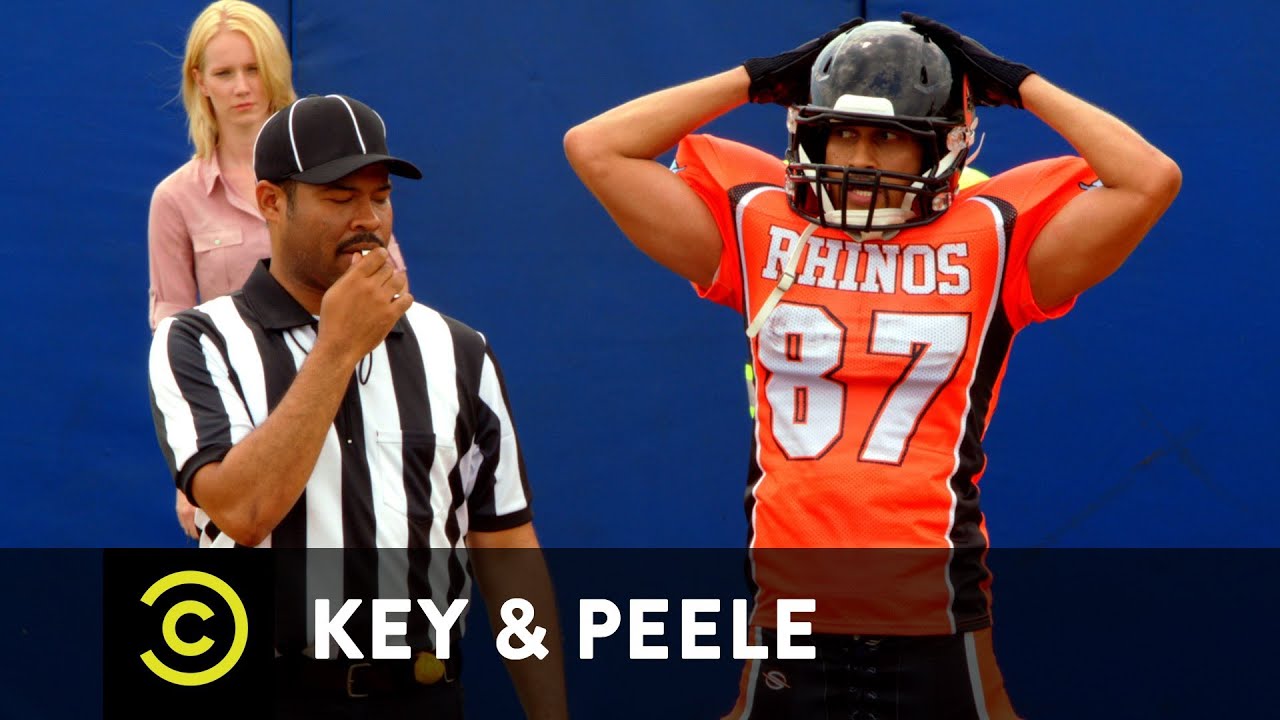 This is what he was emulating - hilarious…on the fake pelvic thrust
I was dying. I mentioned it during in game thread, but nobody else noticed.
J-will is one funny MF’r. He was copying what happens at the 2 minute mark in the video. Fantastic comedy.

I like the game but when at live I like to watch WR routes an how they open an how line opens holes for RB when he heads to line see hole open ,

Spend some time watching the coaches and players interact on the sidelines. That is something you can only see in person and can’t go back and watch on a replay of the game later.

I used to do that. Every once in awhile, you’d see something really interesting.

Just look at the hot chicks walking up and down the stairs.

Our best ones need to be held back from kicking ass. 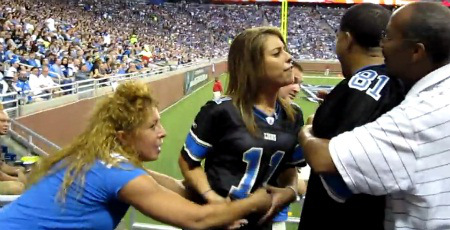 I remember that one. Well played.

Keep an eye on the guy next to you, I hear he’s going to steal your wallet.

So who and what should I keep an eye on?

During pre game I’d scout out the nearest bathroom, nearest place to buy a drink, get to know the habits of whoever is selling beer in your section.

It would be cool if a hot chick would throw pretzels at hecklers.

Keep a eye on your wallet those Ford Field beers get expensive when you drink a dozen of them.

Did I cover it? Am I missing anything?

Look out for stafford wearing his jersey while in stands… hes doing his best to help lions out… kelly might be there to throw pretzels… so be ready to duck!

Hot Chick wearing a Roy Williams jersey arguing with a Megatron jersey wearing man… this may be the only time in life where a man is right and a hot chick was wrong! haha

this may be the only time in life where a man is right and a hot chick was wrong! haha

As long as I don’t feel teeth I don’t think she could do any wrong. I’d like to climb into bed with her while I’m wearing an ARod jersey. I might not survive while playing the part of the mechanical bull.

I might not survive while playing the part of the mechanical bull.

I went to a game once to see our Lions do battle with the Oakland Raiders, at the Coliseum. Unfortunately, the only tickets we could get were endzone seats. But they were amazing!

Just like you said you could see the plays develop. The OL open up holes, receivers run their routes. Best in person view I’ve ever seen. My last lions game at Ford Field we had 50 yard line seats and honstly, it just wasn’t that good. It all blurred toghether.