'All hands on deck' as Detroit Lions down 2 offensive linemen vs. Buffalo Bills

Campbell said the Lions will use a combination of Jerry Jones, Mike Hughes and Amani Oruwariye at outside cornerback against the Bills (7-3).

“I think there’s a good chance you’ll see all three of them,” Campbell said. “All hands on deck this week.”

The Lions also elevated outside linebacker James Houston and lineman Ross Pierschbacher from the practice squad to the gameday roster. 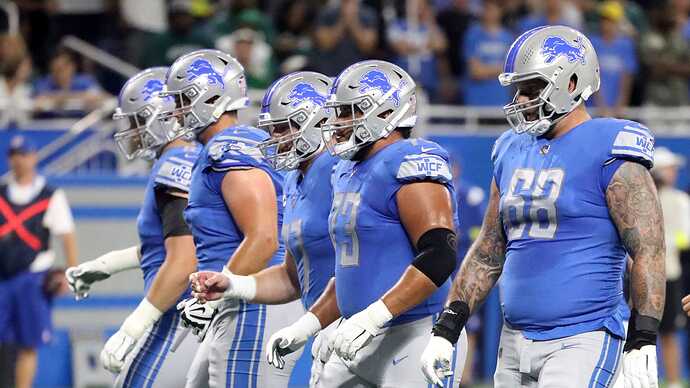 'All hands on deck' as Detroit Lions down 2 offensive linemen vs. Buffalo Bills

Jonah Jackson was listed on the Detroit Lions' practice report Monday with an illness, and was placed in concussion protocol Tuesday.

Good ? I found a bit:
He played college football at Alabama and was drafted by the Washington Redskins in the fifth round of the 2019 NFL Draft.

EXACTLY what I was thinking.

The new names have been with team for weeks so its not new to them the O an what there job is on calls .

Hoo boy. That DB situation is scary. They might not need an actual scheme… Just ‘Hey Diggs, go get open against these guys’ 2 out of every 3 plays.

Campbell said the Lions will use a combination of Jerry Jones

If we are smart, we’ll start Stenberg at RG. Then we’ll run the ball a ton to the right side behind him and Sewell. This will vastly mitigate being down two starting OGs. Stenberg is a great run blocker. He’s just not a good pass blocker at this point. We’ve got our FB back and we saw how big that was (though he should be catching one more ball than St. Brown this week on the Jugs machine). I think Stenberg is a better power run blocker than Evan Brown is, so IMO it would be good to turn a problem into an upgrade.

It is great that we may just have our on paper #1-#4WR’s all up for this game. But the game plan this week better be get it out quick, or we may be in for a bad day.

Cut and pasted from the article.

Jerry Jacobs has a new nickname

This, does not smell good. Loved what we did with Barkley, that was one game but this is the Bills, with a running QB. Oh yeah, he will run.

I do not want to be embarrassed…

Damn, I hate this frame of mind.

I think we should just rest our starters for the week. Treat it like a preseason game and let all out backups get playing time.

Boy would that make for some great Tday ball. 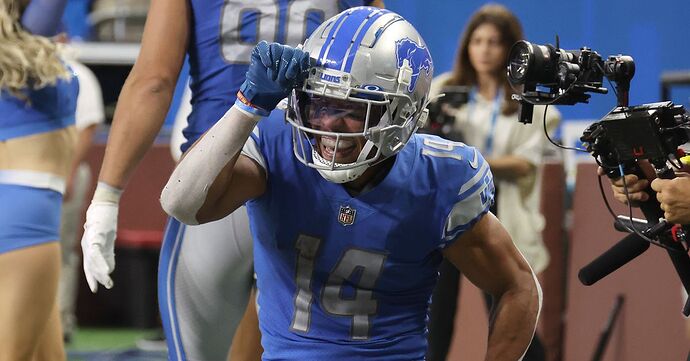 Vote for which Detroit Lions player you think is most deserving of the Week 2 game ball.

Honestly if Jerry Jones was playing corner, I’d bet my entire bank account on the Lions winning. He gets all the calls on Thanksgiving almost every single year!! If he was playing, you know he’d be paying off the refs before the game for sure, haha