DC and his honesty is legit! Today’s presser 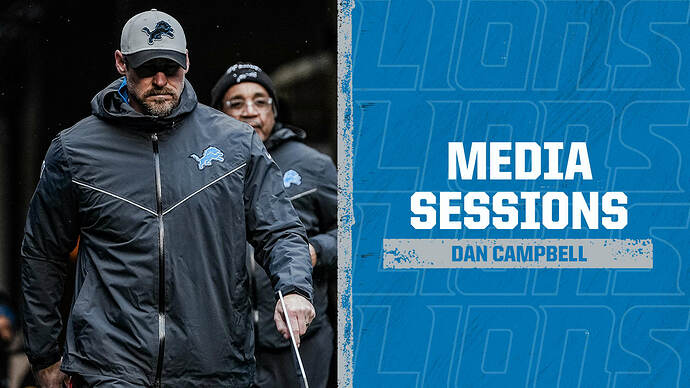 Campbell on not being discouraged by team's performance

Head coach Dan Campbell talks about not being discouraged by the team's play on Sunday and especially with the performance of quarterback Tim Boyle.

He comes right out and says “we got exposed on defense”. We have to fix it as it’s a copy cat league and other teams will copy what they did

I have given credit to Campbell for his honesty on this, but let’s not forget that Patricia often took the blame and said the same type of stuff.

The old “it’s on me” lament. Like we’re not aware. Not a unique approach in coaches’ post game comments.

My memory is of Fatricia constantly referring to “execution”.

Which, of course, is a barely coded way of saying, “My game plan was perfect, it was the idiot players’ fault.”

Difference between fatricia lol and MCDC. MCDC WILL make adjustments. He’s already shown that this season.

He’s an awesome interview and I love just listening to him. Because you know when he speaks there’s depth to what he’s saying, he might not be saying everything, but you can tell he’s incredibly self aware of both himself and the team and staff around him.

Really looking forward to this off-season and next year to see this team truly embody the head coach.

My memory is of Fatricia constantly referring to “execution”.

Which, of course, is a barely coded way of saying, “My game plan was perfect, it was the idiot players’ fault.”

I was not a fan of Patricia after year 1, but he constantly took the blame and said he had to be better.

I mean, local beat writers trashed him for doing it: 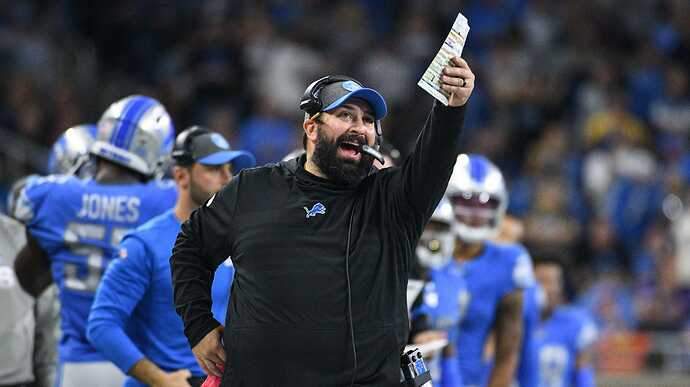 The Detroit Lions' defense is one of the worst in the league, and Matt Patricia says to blame him, but where is the solution?

The revisionist history on this site from fans is ridiculous sometimes.

Pulled from the above article

Again, it doesn’t really matter what I know, it’s what the players know and how they play out on the field, … MPs own words…

Now go watch and listen to what DCs says and what he articulates…. Like for five freaking minutes of in depth honesty…

Dan seems genuine when he takes the blame. MP often did it tongue in cheek.

Truth is that it is on the coaches. Dans right. They have to do better. But I just don’t feel he has the horses up front on that DL. I’m sure he’s aware of it and I’m sure they will address it via FA and the draft.

I loved how he responded when asked about the Seahawks throwing it deep late in the game.

Cliche’? A little bit, but it’s the RIGHT answer.

(paraphrasing): “No it didn’t bother me at all. It wouldn’t have bothered me if they ran it in for a score either. There’s 60 minutes on the game clock. If you don’t like it, stop it.”

Plus he’s still the most honest and open coach in the league about injuries and such, as usual.

At the end of the day his future will be determined by his success on the field. I really hope he succeeds here because this guy is just so damn refreshing. He doesn’t withhold every detail from the media and makes watching this press conferences interesting for fans. Caldwell was always so damn boring, and Patricia was arogant.

He tells you he struggled with the switch to OC at first and was a bit overwheleming. Brings up how he has learned from earlier mistakes this season and his in game management has definitely progressed as the season went along. He is willing to honestly assess himself and the job he is doing to improve and become a better coach. I have never been this confident in a Lions coach to succeed.

I am not arrogant enough to say Dan Campbell will 100% succeed here. There is a very long history of coaches who have fallen flat on their face. He has an uphill battle for sure. What I can say is even if he does fail, I am very glad he has been given an opportunity here, as he deserves his shot. I do believe though that the early results are very promising.

I feel he has what it takes…

Question is will they wait for the success to come or fire him too soon?

I think barring a complete meltdown in 2022 (like players giving up and winning 2 game), Campbell is back in 2023 regardless. I think that is the season where its put up or shut up.

That is not to say we can’t expect that in 2022, I just think from a FO and ownership standpoint, Campbell has until 2023 at least, IMO.

I’ve mentioned this before, but if Rodgers leaves I think we have a shot at this division in 2022.

I especially like Dan’s answer to the question about if he thought his young Dlinemen would learn from their mistakes. “They better” Like why would you even have to ask? LOL

I am not arrogant enough to say Dan Campbell will 100% succeed here. There is a very long history of coaches who have fallen flat on their face.

Thank you for being one of the few posters who seem willing to do this.

Truth is that it is on the coaches. Dans right. They have to do better. But I just don’t feel he has the horses up front on that DL. I’m sure he’s aware of it and I’m sure they will address it via FA and the draft.

given the limited roster–the covid crap—these first time coaches did a remarkable job their first year—tied on2-- won 2–lost a few by $#%&% field goals—and were highly competative in almost every game–and not like previous years–these players never gave up—my hats off to the entire crew—guys- this buds for you—lets see what this yrs. draft does and where it takes us later in the season–i firmly believe that other teams will not take us for granted and have a motto—beware the lions—just my buck thirty in unwrapped penny’s

What else is he supposed to say though? “ our defense is playing guys that shouldn’t even be in the league “? “We’ll be better when we get real talent”.? Everyone know the state of this roster.