Does Jared Goff truly struggle on the road in the cold? 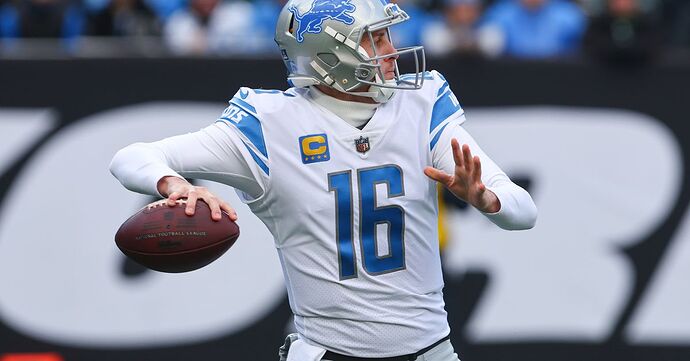 Does Jared Goff truly struggle on the road in the cold?

A deep dive into Jared Goff’s road stats along with his performance in cold games .

There are 2 games that come to mind regarding cold weather and Goff.

High temps were ~30 degrees, and cooler as game went on.
Goff had surgery 19 days before the game and had 2 screws in his hand. He completed 21 of 27 passes and had Rams withing 1 TD as game entered 4th quarter.

Rams had #1 offense in NFL, and scored only 6 points.
Goff had his worst statistical game of the year, completing 20 of 44 passes with 4 INTs.

This game kind of started some talk that cold weather might be a problem.

In hindsight… there were several factors in the Rams’ struggles.

The Bears copied the 6-1 defense that the Lions had used against the Rams that year. Of course… the Bears already had the best scoring defense in the NFL, so they were better equipped than the the Lions to make it work. Belichick also copied this defense, and McVay couldn’t find answers against it with 3 tries.

The 2nd big factor was Todd Gurley.
He ran 11 times for 28 yards.The Bears were given tons of credit for stopping the guy who was lighting up the NFL.
But…. a week later… Gurley struggled again… and 2 weeks later… Gurley was shut down with what we now know was the beginning of the end of his career.

And then the INTs.
Goff’s first INT was probably not gonna succeed, but he also was unable to fully step into his throw because he had a rusher applying pressure that affected him. The 2nd INT was a hail mary attempt before halftime. And the final INT of the game was a desperation throw on 4th and 10…. with only about 2 minutes to go.
Not ideal… but also shows how game script and situational football can make stats look worse. Goff was trying to make plays that didn’t have much chance…. while @Mr.Peabody has pointed out that a QB like Teddy Bridgewater probably just slides or throws the ball away to avoid hurting his stats.