Goff Probable To Play This Weekend

By Jeremy [email protected] Jan 7, 2022, 11:02am EST
Share this story
Share this on Facebook (opens in new window)
Share this on Twitter (opens in new window)
SHARE
All sharing options
NFL: Arizona Cardinals at Detroit Lions
Raj Mehta-USA TODAY Sports
Detroit Lions starting quarterback Jared Goff has missed the past two weeks, first due to COVID-19 then last week due to a lingering knee injury. However, according to Lions head coach Dan Campbell, Goff is likely to return for the team’s season finale against the Green Bay Packers this Sunday.

“I’d say it’s probable,” Campbell said in his Friday press conference. “He got back in a rhythm Wednesday. I thought yesterday he looked even better, and we expect him to continue to improve today. So I think we’ll see Goff this weekend.”

The knee injury Goff has been dealing with is the result of a hit he took in Week 15 against the Cardinals. Though he would quickly return to the game after missing just a snap, the “bone bruise,” as Goff described it, continued to hamper his ability to move and feel comfortable out there. However, the Lions quarterback said he was feeling more comfortable this week.

“It’s progressing,” Goff said on Wednesday. “Again, like I said, I hope to play. We’ll see how the week goes, but I don’t know is the answer until probably later in the week.”

Before missing the previous two games, Goff was in the midst of his best stretch with the Lions’ offense. In his past four starts, he has completed 69.5 percent of his passes for 6.9 yards per attempt, nine touchdowns, two interceptions, and a passer rating of 105.1. Perhaps it’s no coincidence that the Lions were also 2-2 over that span.

Goff admitted earlier this week it was frustrating to leave the lineup just as the team was starting to get going on offense.

“Was playing pretty well and our offense was really starting to get some momentum going and that’s really the bummer,” Goff said. “Hopefully, we can recapture it this week if I’m able to go and get a little bit going.”

While Goff’s status appears to be trending in the right direction, the availability of Detroit’s three players who were placed on reserve/COVID-19—Penei Sewell, Taylor Decker, and Austin Bryant—is still unknown. They are eligible to come back on Saturday, as long as the symptoms are gone or improving. But Campbell noted that they are still asymptomatic as of Friday morning.

“It’ll be about the symptoms, man. How are they? We’ve been checking on them every day and they all have symptoms, and so we’ll just have to see how they’ll feel tomorrow.”

If Sewell and Decker can play, then yea let Goff play. But, I wouldn’t put him out there without his 2 solid tackles in a meaningless game. We don’t need any more serious injuries going into the offseason.

I’d prefer not want to watch them beat (G)off for 3 hours straight this Sunday.

Maybe the Packers won’t be up for the game?

How convenient, now that they have the top 2 pick locked up, not that Goff would have made a difference last week anyway.

Is Erin gonna play? I almost fell out of my chair when it was reported that he wanted to play this week.

Is Erin gonna play? I almost fell out of my chair when it was reported that he wanted to play this week.

Based on what he said on Pat Mcafee’s show this week, I’m expecting 1, maybe 2 series. 1 quarter at most.

If we had a good pash rush, he would be in street clothes on the sideline. The fact that they might play him a bit in a meaningless game just tells me how little respect they have for the Lions pass rush.

Based on what he said on Pat Mcafee’s show this week, I’m expecting 1, maybe 2 series. 1 quarter at most.

If we had a good pash rush, he would be in street clothes on the sideline. The fact that they might play him a bit in a meaningless game just tells me how little respect they have for the Lions pass rush.

It would be some kind of karma if he got hurt because he was treating this game as some sort of scrimmage. I’d have the mother of butt clenches if I was a cheesehead right about now.

For sure, if that were the Lions already with a first round bye clinched, I wouldn’t want any of the starters playing. I’d just roll out the backups and the practice squad and treat it like how 4th preseason games used to be treated.

I don’t like that notion. If the team is playing well and then take 2 weeks off that can throw things off. I’d let them play a solid half or so, but maybe be a little more conservative then usual

I can see that logic, but I think that argument gets overblown. I’d much rather a fully healthy team for the playoffs. College teams for example, have up to 3 weeks off before bowl games.

The risk just seems too high to me compared to the possible reward of getting a few reps in a meaningless game. There are just so many injuries in football, if this was baseball, sure play them all.

If Goff plays we win. Packers will be resting everyone after the first drive.

Agree and this is the only correct answer!

Why would you put Goff out there behind who, Nelson and who’s the backup at the other tackle? Just let’s say his knee/leg got worse tomorrow.

It means nothing, let him end on a high note with the win over AZ, get going on 2022 team. I don’t care who GB throws out there and they are full of it with what they are saying

I’d prefer not want to watch them beat (G)off for 3 hours straight this Sunday.

Maybe the Packers won’t be up for the game? 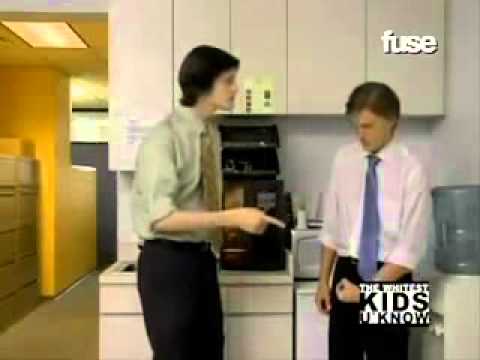 Maybe I crossed the line with my first post? I hope no one runs and tells Nate!