Jags own the path to the top draft pick

We now have the same wins but we have the tie.

If the jags win and we lose, the keep the top draft stop

What we does doesn’t impact the outcome now….

Tank the last game and they will keep the top draft pick?’

What would you do?!

We now have the same wins but we have the tie.

Even if we lost that game, we’d lose the SOS tiebreaker and they’d have the first pick.

A final week loss for the Lions and win for the Jags would equal a Lions #1 pick.

I don’t feel that is clearly stated in the OP.

The colts still have a mathematical chance for a WC. So they will be playing to win imho….

Wondering what the jags will do…. Play it to win or play it to lose and ensure the pick this next weekend

They would have to beat the Colts, I don’t see that happening.

Jags are so much worse than us. I’m surprised they even won 2 games. Lawrence looks
Like Joey out there.

One thing to ponder as well, is what the schedule looks like for next week. If for example, they have the Chargers/Raiders game on Saturday, then it is possible that Indy will have their seed locked in and might rest players for the Jags game.

Still a lot of things to sort out.

All I know is that there is a lot of fun match ups next week, regardless of playoff implications. I think it would be awesome if the owners of the Bears and Vikings announced that the winning head coach of their game keeps his job and the loser is fired on the spot. The drama would be delicious.

For all you Magic bean flickers out there…

“Draft picks are extremely valuable…until you use them.”

Remember that quote as we head into draft season.

For all you Magic bean flickers out there…

“Draft picks are extremely valuable…until you use them.”

Remember that quote as we head into draft season.

Colts playing still for a WC

So I don’t think things change….

We get number two

I thought I was clever by calling them beanheads…

I bow to the master. 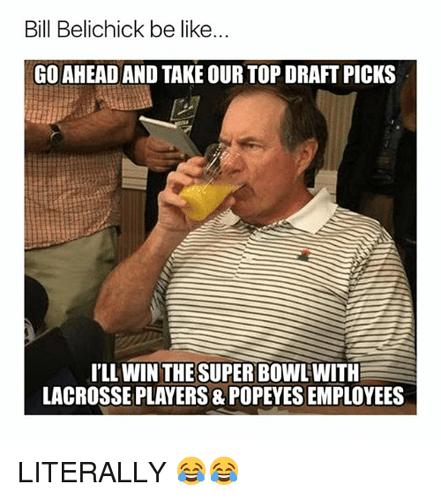 I said Joe Burrow was the better QB. Lawrence will bust in the NFL

Colts playing still for a WC

So I don’t think things change….

We get number two