So I called around to some buddies that live in Des Moines with some Iowa City football connections.

It looks like there was a recent incident involving DN that is being kept hush hush.

Apparently its so bad he might even be undraftable.

I apologize for all my man love for him.

This is 3rd or 4th hand info so take it for what its worth.

In this day and age I cant believe they would be able to keep something under wraps.

Explains the fall though.

He was just picked at #158 by the Panthers

Released after 1 year… played in 7 games before he was inactive for the last 10 games of 2021.
I saw his 0.5 sack in week 1…. was a coverage sack and another player flushed the QB right towarss him. 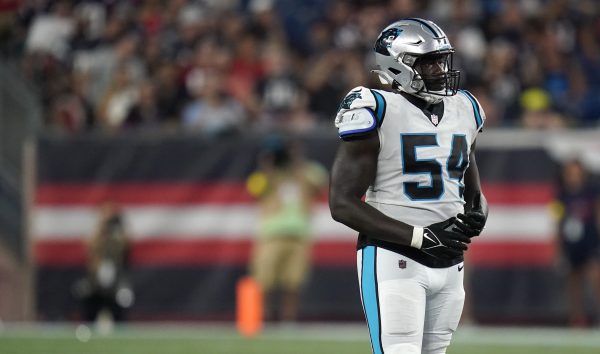 To create room for DE Henry Anderson, the Panthers made a surprise move and waived 2021 fifth-round pick Daviyon Nixon. Here’s why they did it:

I remember being shocked he fell that far. I was a big fan of his explosion and good hand technique. I guess that’s why I sell shit and other people draft NFL players.

So I called around to some buddies that live in Des Moines with some Iowa City football connections.

It looks like there was a recent incident involving DN that is being kept hush hush.

Apparently its so bad he might even be undraftable.

Yeah, we had a member of this board pushing a similar narrative, and yet he couldn’t say what it was only that IOWA had covered it up, blah, blah, blah. Really, in today’s world where beat writers are all over anything suspect why wasn’t there any news, not even the hint of some sort of transgression? GOOGLE Daviyon Nixon suspected of a crime and you know what comes up? Nothing. His season ended in early November last year with a knee injury. If you want to see another Hawkeye DL who went in the 2nd and also couldn’t make the transition from college to pro, keep an eye on AJ Epenesa who’s with the Bills.

Exactly. The press found the allegations against Patricia from 20 years ago. They’d have found something on this kid if he’d really done something that bad. I’m not of fan of reckless speculation. Even rumors these days can hurt someone’s future.

When you take a chance on a player with character risks, there’s always a higher chance of that player being a bust. Reuben Foster comes to mind as one of the more recent examples.

When you take a chance on a player with character risks

What player are you talking about?

Yeah, we had a member of this board pushing a similar narrative, and yet he couldn’t say what it was only that IOWA had covered it up, blah, blah, blah.

That same member provided you with multiple links to back it up yet you would not accept any of them.

That same poster tried to explain to you and Simmonsorbust why Nixon was not a top 10 pick like Kiper projected. That he was over hyped and a mid rounder because he had known learning problems. Yet you were having none of it.

They’d have found something on this kid if he’d really done something that bad.

It was reported by multiple sources. There was a dorm room incident. He was suspended from school while it was investigated, he entered his name in the transfer portal because he was expecting to get suspended. The investigation cleared him. He returned to school and Iowa did a good job of keeping it under wraps until draft time when it was brought up by multiple sources as a red flag.

This why I’m not a fan of closing threads after 8 months of inactivity. There are a few posters and readers in The Den without dementia, and I for one enjoy ripping scabs off of old wounds. But that’s just me…

Doesn’t seem to be off-the-field issues.

GOOGLE Daviyon Nixon suspected of a crime and you know what comes up? Nothing.

Any news on Daviyon Nixon

Last I heard he was exploring the transfer portal and had some potential "academic issues". Anyone have any updates?

It’s not hard to find stuff about it.

But it’s his learning problems that are likely the real culprit as to why he’s not cutting it and why he fell on draft day.

I recall a pre-draft article which claimed four teams had taken Nicon completely off their draft board.

That same member provided you with multiple links to back it up yet you would not accept any of them.

OK big time, back it up. I mean if those links were there then they’re still there now. I never said he was a top 10 pick, I did argue that you had no evidence of the things you were accusing him. You have “multiple sources”, BS, that stuff don’t leave the internet. One of us is a liar.

Your words…"During his redshirt year there was an incident in the dorms at Iowa and he was suspended from the school. "

It’s not hard to find stuff about it.

THIS is what you GOT? LOLOLOL…he was never suspended from school. Your “link” is quoting students who one after another are wondering what is going on. Whatever issue there may or may not have been, whether it was simply academic or something more, where are your “multiple” links to where he was actually accused by the MEDIA of something? Character concerns were mentioned, that’s it. He was accused of a “dorm incident”, “He was involved in a dormitory incident at Iowa, although he was cleared of any wrongdoing and charges were never filed.”

Daviyon Nixon is still a defensive tackle for the Iowa football team.

The sophomore from Kenosha, Wisconsin, is taking classes this semester but is “considering his options” for transferring, Hawkeyes coach Kirk Ferentz said at a Thursday news conference. Nixon has entered his name in the “transfer portal” that coaches around the country can look at.

Nixon did not play this season after transferring from Iowa Western Community College. The intent was for him to get his academics in order. He would be in line to play a big role on the 2019 team after starting defensive tackles Matt Nelson and Sam Brincks graduated.

“My exposure to him has been extremely positive. We’ve liked what we’ve seen of him on the field. He’s a tremendous young guy,” Ferentz said of Nixon. “And right now he’s working through some options and we’ll see where it all goes.”

He was still working on his academics when he entered the portal, the reason IOWA never accepted him when he first applied. He was taking summer classes.

Actually, that was Mel Kiper with a suggestion from Simmons or bust that he be considered at No. 7 overall:

That being said, we all make mistakes. I will admit (again) that I foolishly wanted Aaron “safest player in the draft according to Mayock” Curry over Stafford.

That was obviously a colossal blunder.

Nixon was Big 10 Defensive player of the year, so grading him high wasn’t out of the question. He was a physical freak, but it’s entirely possible that the “character concerns” were tied to his willingness to learn and be a team player.

“In speaking to team sources, there were major character concerns with Nixon that sunk his draft grade. Some teams had dropped him from their boards because of his character issues, and the feedback from the Iowa staff was not positive. Nixon is going to have make some serious changes with his off-the-field habits in order to stick in the NFL and avoid suspensions.”

There were also a learning disability:

Not true, we have a poster that pushed that narrative and claimed he was kicked out of school, etc, and couldn’t provide a single source that could verify his allegations. This was floated around after the draft, and I question the validity esp saying that the IOWA staff didn’t have favorable remarks. Even if you don’t like the guy why would you throw him under the bus? No actual allegations tied to any single event? No one in IOWA saying anything negative about the guy? “In speaking to team s…

OK big time, back it up. I mean if those links were there then they’re still there now.

I just provide you with a link above. How many do you need?

You have never accepted any of the info I’ve provided you on the subject. So I’m not sure what providing it again does.

It was known there was a dorm incident and It was known he had a learning problem. That’s why teams weren’t high on him and that’s why he fell from the top 10 projection. I do not see why this is hard to acknowledge.

But I’ll share one of the same links I shared with you back then that you would not accept. 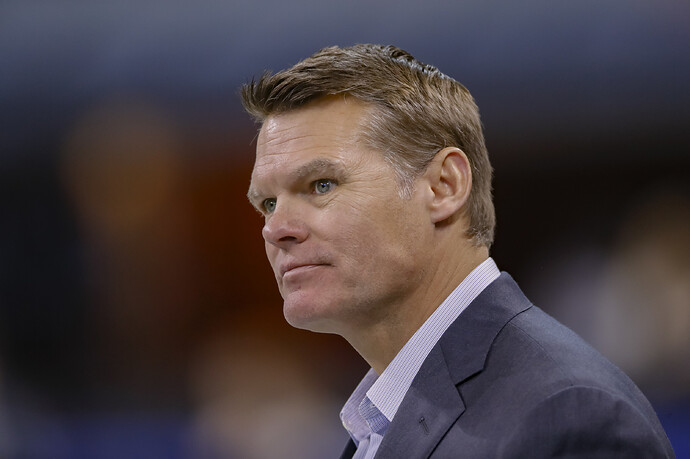 The Indianapolis Colts will finally get the chance to make the No. 21 overall pick in the 2021 NFL Draft on Thursday night, as Chris Ballard is looking to ...

Nixon’s reported transgressions include a “dorm-room incident” in the summer of 2018, even though he was not found liable for any wrongdoing. Regardless, several teams have either removed him from their board or expressed moderate to severe concerns with him, and that risk could be too much for Indianapolis.