His nickname wasn’t Sackus for nothing. Remember him and Dom always getting pushed around and Jared Allen having career days. Nice to have some push and a good LT these days.

Sackus cost the Lions their starting QB for the first 5 1/2 games of the 2010 season on this play: 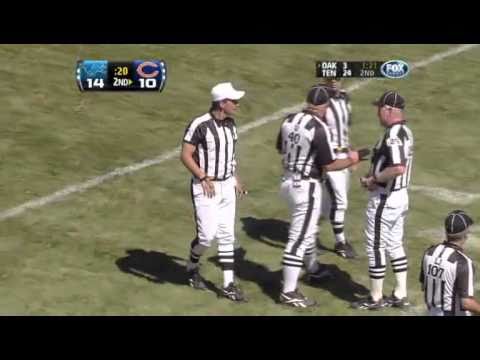 Then, later that season against the Jets, Stafford again pays the price:

It was truly unfortunate because Stafford had shown great improvement in the limited time he was able to play in 2010.

Checkout the latest stats for Matthew Stafford. Get info about his position, age, height, weight, college, draft, and more on Pro-football-reference.com.

He will have his hands full this week vs Von Miller and Co.

Interesting, I was just reading on this board a couple of weeks ago that Decker isn’t playing well this season. Decker=solid player

Side note, Jeff Backus was also a solid player

Side note, Jeff Backus was also a solid player

People hated backus though. Warranted or not, Decker has never gotten much hate. If i had to describe each with one word:

Its the michigan vs ohio st bias. Backus overrated vs decker underrated. Sad but true. Switch where they went to college and it wouldn’t even been a debate who was better.

Yet on Sunday the line was in completely disarray: Jeff Backus had one of the worst games of his career, and earned the worst PFF grade (–7.6) they’ve ever assigned him. Backus was flagged for four penalties, including consecutive false starts on a critical fourth-quarter drive. He also got the blame for two sacks and three QB pressures.

Backus had a lot more of these type days than Decker.

Switch where they went to college and it wouldn’t even been a debate who was better.

Decker is way better than Backus ever was. And it has absolutely nothing to do with the college they went to. It’s their performances in the nfl.

Check me if I’m wrong, but my take was complete bullshit, right?

Decker is the one guy on this team I’ll never understand why he gets so little love from the fans. Sure you would like to see him be a top three left tackle, but in my eyes he is a top 10 player at his respective position on one of the most important positions in the NFL.

Yeah I know some felt where Sewell was drafted that Decker could be expendable for beanzzzz, then you maybe move Vaitai to RT or something. But reality is, Decker is still young and playing at a very high level for us. He has always been a great pass blocker. But he’s really improving his run blocking. Lots of effort on longer developing runs. He’s always good for a penalty or two it seems, but I’m totally fine with our starting OT’s.

Check me if I’m wrong, but my take was complete bullshit, right?