NILs Are Bigger in Texas...Tech

This is the future of “amateur” college football. Where have you gone, Joe DiMaggio?: 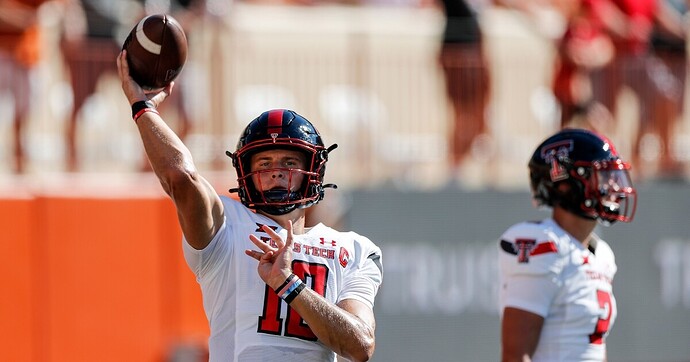 A Texas Tech-based collective is set to sign 100 Red Raider football players – including some walk-ons – to a one-year $25,000 NIL contract.

Its funny how fast NIL threw away any illusion of opening up genuine business opportunities that were denied to past players. Its like if you had an old law that said you could not pay a woman in ANY way to have sex. Even taking her out for dinner was against the law. Then the law changes to “well if there is a real busines interest to the encounter.” Teams have immediately set up brothels. WTF?

I was thinking about this NIL stuff a few weeks ago when I saw Bijon Robinson had an NIL deal with Lamborghini. Some college kid that most Lamborghini buyers have never heard of is NOT going to sell Lamborghini’s. Obviously it was just a kickback with a cool local dealership.

With just a small portion of donor money strategically diverted from the Harvard endowment, I predict you’ll see this headline in 2032:

Harvard Crushes Alabama For a 3-peat in The College Football Playoff Championship.