As a recruit, he was the unanimous #1 S in the country. Any thoughts on him moving to S, so we can get IM (cb we drafted in the 3rd) on the field as well? I know drafting a S with the 3rd pick isn’t ideal, but getting your best cover guys on the field simultaneously would be ideal. Listening to a podcast and they were complaining about not grabing a safety in the draft.

I don’t know where anyone saw that he was a safety in high school, but he’s listed as a CB on the 247 composite.

His play style is very much not one of a safety. He’s a corner.

He also will probably be a very good corner.

Don’t know why everyone wants to abandon ship after a bad rookie season under the worst possible circumstances for a rookie ever.

Honestly, He is a corner in the NFL. It isn’t going to change.

I don’t know where anyone saw that he was a safety in high school, but he’s listed as a CB on the 247 composite 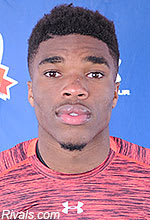 I brought this up in another thread.

The reason I asked was that we didn’t draft a safety or pick one up via UDFA. We did get the Buffalo guy (Marlowe), but I think we need more competition.

So my thought was that our staff are thinking about trying one of our CB’s at S. Now you bring up he was a S prospect in HS. Didn’t know that.

AO, Dunbar and the rookie have typical outside corner size while Corn is a slot CB. Okudah at 6’1" is the same size as Tracy Walker. And he tackled well his rookie year. So wondering if the staff try him out at S, especially if we run two safeties on the top rather than a box safety. I’m not crazy about having to rely on Harris as a starter, and maybe Okudah could push him. It does seem early to give up on him at CB though.

His play style is very much not one of a safety. He’s a corner.

This season can’t get here soon enough, just to put these Okudah questions to bed.
He was the 2nd highest rated player last year’s draft.
Had he come out this year, he would have been the 4th highest and likely chosen by Atlanta over Kyle Pitts. I really can’t wait for him to get back on the field to put the question of his abilities to rest.

Lets take closer look at Godwin Igwebuike Posters have completely forgot or ignored this signing. GOOD BACKUP WHO COULD BECOME STARTER
Check the link With Walker an FS Dean Marlowe being for now starters he at least could be depth.

I would like a signing like Hooker if healthy but we have players an who knows with the staff changes might have players who are better than we think.

Was thinking outside the box. Everyone got pretty animated there. As we were going through draft analysis, positions of need, safety was a need. As I was reviewing players, it was striking the number of CBs they said would most likely transition to S in the NFL (Trill Williams. Elijah Moulden, Shawn Wade, etc.). I would think it would be nore difficult to transition a player from S to CB than the other way around. Isn’t a FS basically a CB? Why wouldn’t you put your best coverage guys on the field simultaneously. @Air2theThrown what is different about a FS as compared to a CB? Why would a good sized CB not be able to play the role of a FS? 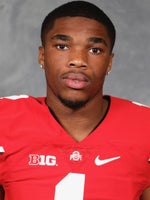 what is different about a FS as compared to a CB? Why would a good sized CB not be able to play the role of a FS?

Its a loaded question that woud take a lot of time to go over. In the best context, its two different skill sets. And while guys happen to have both skill sets, don’t fall into the trap of thinking that corner is a superior position and safety is some kind of inferior position where if they fail at corner they still might have the fallback position of becoming a safety.

I don’t know where anyone saw that he was a safety in high school, but he’s listed as a CB on the 247 composite.

He was in HS - He was a 5 star recruits as a safety and was rated the top safety in that year.

Could he play safety? … yes with out a doubt.

But when you draft someone at 3OA you expect him to be all world as a CB not a safety.

By the way I mentioned this fact in my safety talk thread. Do you wanna know who the #2 ranked safety was in that class. It’s was Richard Lecounte.

He was a 5 star recruits as a safety and was rated the top safety in that year.

Again, check above. He was listed as a corner on the top recruiting site, which is 247. They’re the ones with the most accurate and overall best recruiting system.

Don’t know or really care if ESPN or Rivals had him ranked as a safety, because they’re both inferior websites to 247.

And that’s not just my opinion. That’s the consensus among the recruiting world.

I want to see Okudah at CB. Okudah had to deal with really bad coaching last year. I can’t believe Aaron Glenn and Aubrey Pleasant are worse coaches then what he had last year.

Yeah Rivals is pretty lazy with recruiting and ESPN doesnt even pretend to care anymore.

I would like to get Larry Fitzgerald if younger?

@Air2theThrown what is different about a FS as compared to a CB? Why would a good sized CB not be able to play the role of a FS?

They can and so can a smaller NB type like Diggs was.

Responsibilities depends on the system they are in to be honest and there are multiple safety roles. Usually when a CB is converted to safety it’s as a free safety or single high safety role. There’s a lot of players in the NFL that bounce between a safety, and NB role. Especially teams that run a lot of nickel, and sub packages.

To keep it simple without getting into the minute details …, A player like Okudah would likely be a free safety or a safety in a cover 2 cover 3 zone defense. Where safety responsibilities are interchangeable. .I suspect we run a version of this. Much like we did with Austin.

A mod safety (Middle defender) is usually a guy who is a physical tackler and has the ability to play down field and crash the box. Generally a good tackler and run support guy. Similar to a strong safety type but they usually line up much deeper. He’s the 3rd DB in a cover 3 type defense.

A Box safety is a little different than an MOD but a similar concept except he’s up in the box. More like a LBer.

With all that said Okudah should be our starting CB1. I’ll be severely disappointed if we ask him to be a S. While Safety responsibilities maybe similar to a CB the CB has a much tougher job. That’s why your most athletic DB’s are usually at CB.

A safety has a lesser responsibility and provides support to the CB’s and LBer in his zone.

Here’s what I suspect we will see from the Lions this year.

Walker is a true FS.
Harris is a box safety.

If Walker is not in then the Safety opposite Walker will be manned by a CB or NB.

I suspect we will run a ton of sub packages that carry 5DB’s. Okudah will be our CB1. The safety spot opposite Walker will be manned by Harris, a CB or NB all season. That’s my guess.