The pats hired bill O’Brien for OC, incidentally enough the lions contract with Patricia is expiring. So I wonder if the Pats paid them any of their own money at all???

If they are cutting him loose now that the Lions aren’t paying him anymore, well, I get it but that franchise can go burn in hell for awhile. Scumbag organization!

The pats hired bill O’Brien for OC, incidentally enough the lions contract with Patricia is expiring. So I wonder if the Pats paid them any of their own money at all???

If they are cutting him loose now that the Lions aren’t paying him anymore, well, I get it but that franchise can go burn in hell for awhile. Scumbag organization!

Supposedly they have done with this other coaches in the past in similar situations to Patricia. 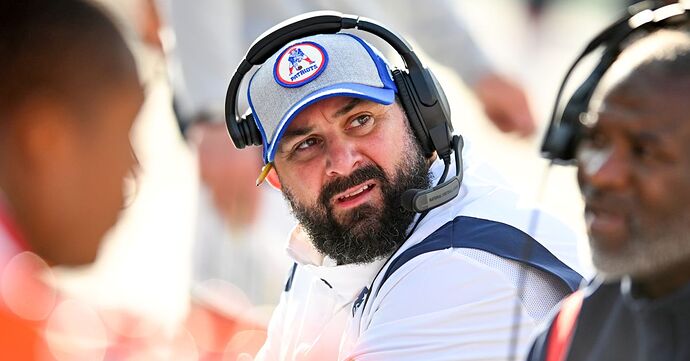 Patricia’s outlook with the Patriots might not be as safe as initially thought.

That deal ran through the 2022 season and continued to do so even when he was no longer coaching the team following his dismissal in November 2020.

Whether or not that impacted New England’s decision to bring him back into the fold is not known, but it would not be the first time the club went down that road. Back in 2014 they hired Mike Lombardi when he was still under contract with the Cleveland Browns; they also brought in Bret Bielema while he was still being compensated by the University of Arkansas four years later.

As NBC Sports’ Tom E. Curran pointed out, both Lombardi and Bielema moved on after their previous contracts officially expired. The same happening in Patricia’s case might also be in the cards:

That’s some really cheap crap… but in the case of Patricia, I’m glad it did them no favors

Good news for Sheila, no longer paying Patricia anything.
We now know where the money for Ben’s pay raise came from, and, I would say, a much MUCH better use of those dollars.

Is he still under contract to Lions> At least to season end date? Do Pats have the right to fire him while Lions are paying part of his salary for 2022? End of Season is officially after SB likely first week of March?

Not sure about that but the contract with the lions ends after this season I believe… so he’s not getting a free paycheck anymore.

I wonder if he wasn’t getting paid at all by the Pats? Maybe the article says that and i’m dumb.

I expect he’ll stay there in New England in some capacity, perhaps the front office again.
Aside from that, Joe Judge should return to his previous position of Special Teams Coordinator. Whoever they have in there now produced the worst Special Teams I’ve ever seen in New England.

The money thing is so New England. I find it rather disgusting, but the other NFL franchises keep making the same mistakes, so it’s on them. Still, I’d wipe my rear with the last check sent to Patricia.

That’s what I wonder… if they were like “well the lions are already paying you $5 mil so we aren’t paying you anything” kinda thing.

I have no idea but either way, they can suck it. That is definitely the reason they didn’t give him a title his first year back with them so he could keep taking Detroit money

Oh for sure! Fatty Patty’s new title will be Assistant Parking Lot Tailgate Supervisor. He will make burgers for all the Pats fans before the games! 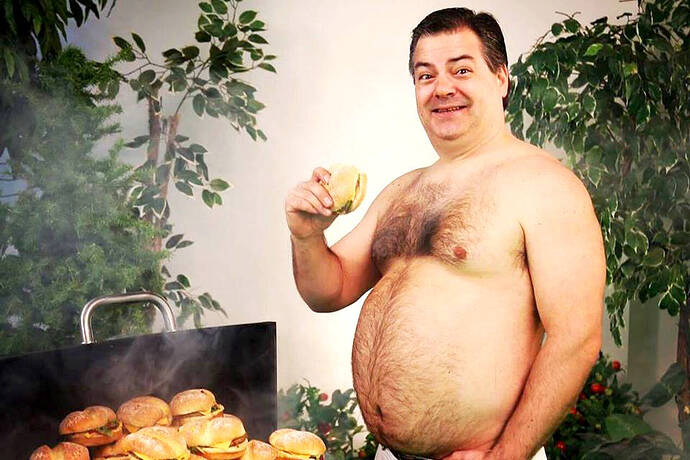 Matt looks ready for his next job here. 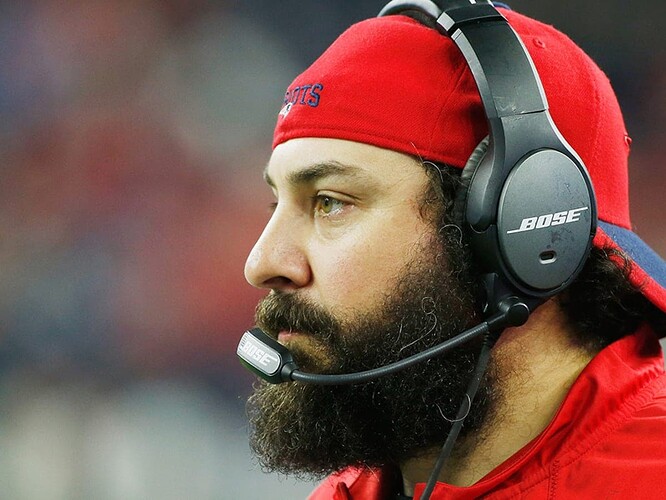 I’ve always had a suspicion that laminated call sheet he was holding was a takeout menu. haha

On a different note, BB sure loves to play musical coaches. McDaniels, Judge, Patricia, O’Brien, Romeo. All these dudes start with the Pats, then get hired as Head coaches, usually fail miserably and then BB hires them back again. At some point. you’d think these teams are going to learn to stop hiring anyone who worked for BB.

Should we kick the tires??? and the rims, and the wheels? the fender? the whole entire fat truck!?

Should we kick the tires?