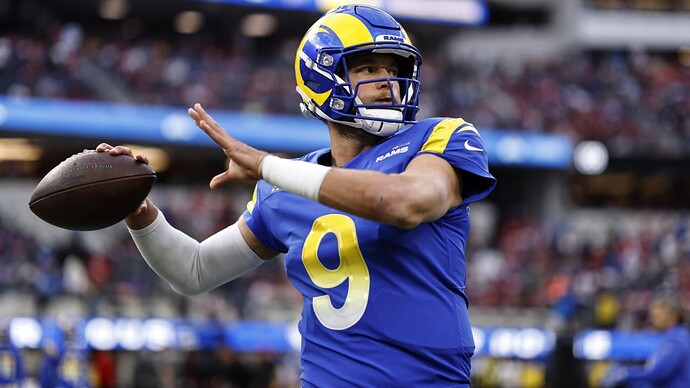 After paying off in his first year in Los Angeles, Matthew Stafford is cashing in. The Rams and the Super Bowl-winning QB are closing in on a four-year, $160 million extension that includes $135 million guaranteed, NFL Network Insider Ian Rapoport...

Bully for Matty.
I guess the Rams have learned. WIN a super bowl BEFORE you dump a bunch of money on your quarterback instead of dumping money on one and HOPING he’ll win one….later.

Wow did the Rams steal this….

So they paid 100M less in guaranteed money for a good kid who already WON A SB, than the Browns did for a jackass who has 2 winning seasons?

The Browns are morons. Good for Matt