Wanted to start this thread early…. just so I could name it the “Beckham Bowl”!!!

NY vs. Dallas…. and winner may get to sign Odell.

Rooting for the Cowboys? Painful, but the Lions need the Giants to lose as many as possible.

I don’t see OBJ signing to play with Daniel Jones unless they throw some serious money at him. OBJ pouts on the sidelines when he doesn’t get enough targets and catches. Jones and him is not a good match. Dallas makes more sense.

Maybe I am biased…. but I don’t think OBJ would want to be sharing targets in that Vikings offense.

Cowboys had multiple celebrations that involved the Salvation Army Kettle.

Last I knew… props were NOT legal for TD celes…

but Cowgirls were NOT flagged….
. 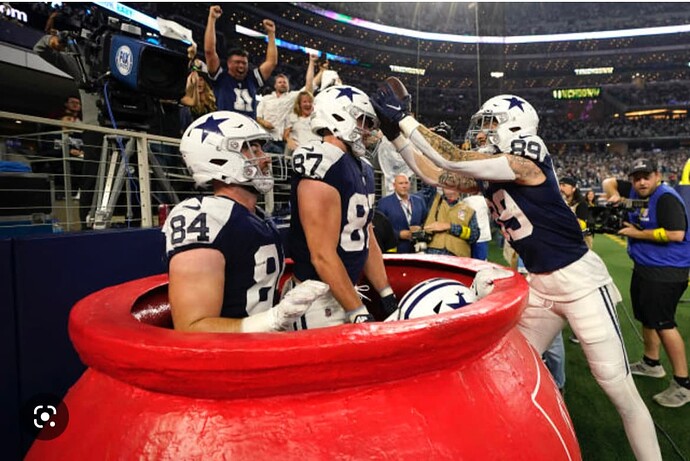 They loosened the rule after Zeke was flagged a few years ago.

Tired of hearing about OBJ…is he even going to play?

They loosened the rule after Zeke was flagged a few years ago. 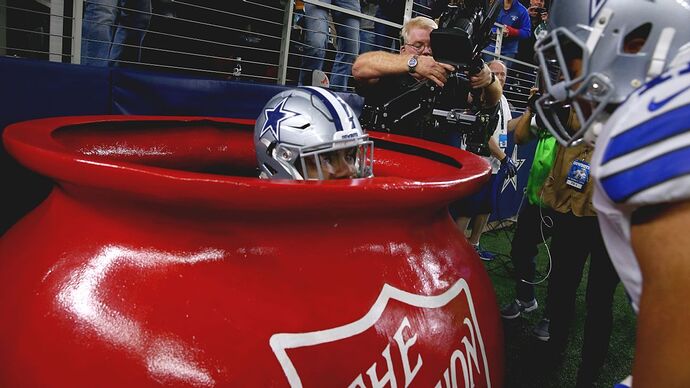 If the kettle thing were deemed specifically legal the Lions would still get flagged for it. Then someone would say “well you could understand the misunderstanding since it used to be illegal. The Lions shouldn’t have put it in the refs hands there.”