Finding a guy that resonated with the team and then making no significant attempt to bring him back is very Bob Quinnish.

Where it gets interesting is Elliot might be thinking Walker will be back Week 1 or by week 6 after PUP. Why do I want to go back to Detroit if they already have 2 starters in place with Walker and Kerby? That could be a factor as well. Free agency is not that far away, so Holmes will be making decisions without knowing Walker’s timeline per say. Tricky situation.

I don’t question him being on the 53-man roster week 1. I’m all but certain it will be so.

The biggest question is how we reload at DB. Do we add more youth to a young S corp (Walker, Iffy, JKerb) that has a filled depth chart,

It’s been about 70% return rate in recent history. I’ve very hopeful on Walker, but I think Holmes will be prepared for him to start on PUP. That’s why bringing Elliot back is important IMO. Veteran insurance at safety. On average 340 days to return for the 70% that made it back.

Most football players returned to NFL after Achilles tendon repair

Looking at that study…. it is not really “recent” history for Achilles injuries. 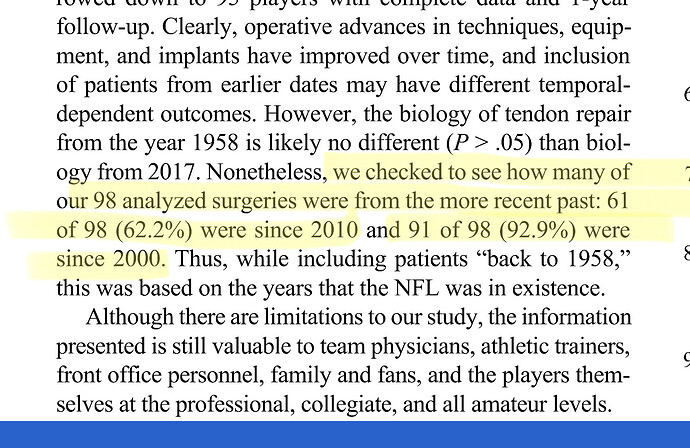 Foreman, Akers, and Okudah wouldn’t have been part of that data.
.

That’s fair, it’s the most recent data I could find. It’s not like it’s from the 90’s or something, haha

The more important question might be how well did they play after returning!? And how long did their careers last after the achilles tear!?

Just how much is it going to cost to retain them?

Vs going back to the “prove-it” deals in FA / Draft.

No guarantees either way…could sign someone and they suck or could resign them and have them blow an Achilles or ACL year 1 of their 3-4 year deal.

Same situation as Romeo Okwara. Signed that contract extension and then bam.

I fully expect us to replace Tracy in the draft this year. Unfortunate, but that’s how it goes

No he will not be replaced he may even be ready to start. I am not a doctor an based on your post your not either. If he heals as expected he will start an should start .

You start discarding players who are injuries an then heal an pass your team medical standard you will lose many players . That is a approach no teams take nor should they injuries happen.

Now if you don’t like Walker as player have the balls to say it an not blame a injury.

No guarantees either way…could sign someone and they suck or could resign them and have them blow an Achilles or ACL year 1 of their 3-4 year deal.

If you can predict this you can get a job with any team. The post you make most fans know an every team knows Injuries happen teams deal with it an players also .

You don’t cast them to the side. Loyalty is a big deal with players in regards to injuries. Might be new to young fans but it is real.

Was this your stance when the Lions drafted Hutch, Pascal, and Houston after Okwara was hurt?

Or you just got the hots for Tracey or something??

Can’t have it both ways yote, don’t be a hypocrite

Very well said. I couldn’t agree more. I think Holmes is going to be smart about free agency. Value is so important. Holmes seems to be a bit of a moneyball type GM, at least so far.

No he will not be replaced he may even be ready to start. I am not a doctor an based on your post your not either. If he heals as expected he will start an should start .

If we bring back Cominsky, and we should. The starting ends are Hutch and Cominsky for sure. Romeo is not starting over what Cominsky did this year. You also have Paschal, Houston and Harris. I’m not a betting man, but if I was, Romeo will not be a Lion next year unless he takes a pay cut.

I fully expect us to replace Tracy in the draft this year. Unfortunate, but that’s how it goes

We did that in the last draft. Tracy and Kirby are both FS.

If you follow the link, there are a couple more videos. 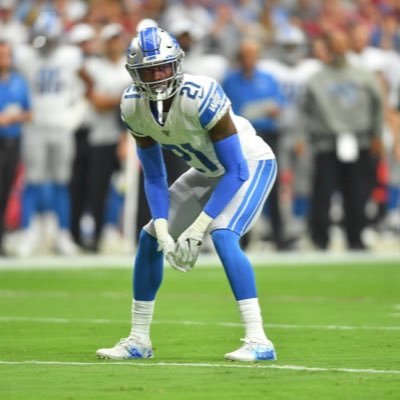 @TracyWalkerIII
4 months this week and this what it look like!!!#BuiltDifferent twitter.com/i/web/status/1… https://t.co/wokTJxQM7r
3 Likes
← previous page