Would you trade for Michael Thomas? 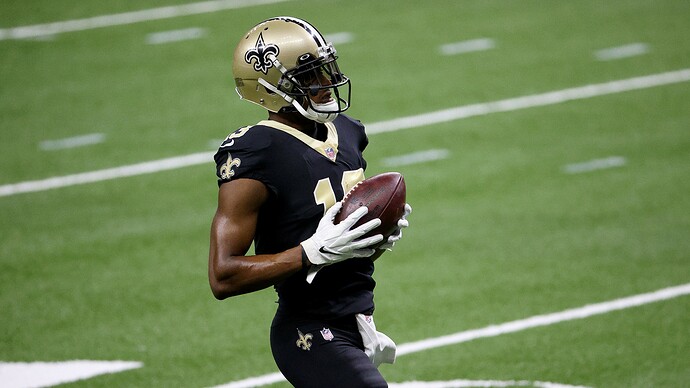 No. If I was going to trade for someone it would be Howard in Miami .

Depends on the price. The Lions are rebuilding and aren’t in a huge rush since this is a multi-year plan. Adding (or retaining in Golladay’s case) 28 year old WR’s shouldn’t be the #1 priority for this team.

Thomas is a very good player. I’d be willing to offer the Saints a 3rd for him, which they’d almost certainly decline.

Anything higher than that and I’d rather see the Lions continue to add to their WR group through the draft over the next few seasons.

Adding young WR’s on rookie deals through the draft > adding older, expensive WR’s during a rebuild.

Now, if this was 3 years down the road and the Lions were competitive I’d probably sing an entirely different tune here. But, the Lions are where they are and I believe patience and building through the draft is the proper course at this time.

If this staff with DC and AG on board decide they want Michael Thomas, I will trust their judgement. They won’t be flying blind on that decision.

Separately, I don’t subscribe to the theory of “we’re going to suck for a long time, so adding talent is a waste if they’re older than 16 right now”.

It’s flawed for a variety of reasons.

First, turnarounds don’t take five years in the NFL. You either start winning in year two of a new regime, or you’ve got the wrong leadership in place.

Second, you need a mix of vets and younger dudes throughout the process. This is for culture and contract management. The idea of having a bunch of young dudes who all come up for big contracts within a year of each other isn’t good planning.

I’m not saying Thomas needs to become a Lion, but his age doesn’t phase me.

We don’t currently have an expensive, injured, self-absorbed turd on the team, so he could fill that void immediately…

So where will Thomas go? A reunion with Ohio State coach Urban Meyer makes plenty of sense. Given that (per Jeff Duncan of Nola.com) the Saints are exploring trade options at cornerback and could make a play for C.J. Henderson of the Jaguars, the possibility of Thomas for Henderson plus a pick or two could make sense.

I would absolutely do it for our 2nd this year. He’s a top 5 WR in this league. That said, I’d want Campbell and Glenn to ok his off the field stuff and I want to know what kind of contract he is on. Isn’t he hurt too?

But yeah, you have to make that move.

Imagine Goff with a receiver like Michael Thomas to catch the underneath routes and be a possession guy.

Sadly, he’s going to Jacksonville. I felt that when Urban got hired, and it doesn’t help that the Saints are “looking” at C.J. Henderson.

I want to know what kind of contract he is on.

I have a hunch that Michael Thomas could be packaged with Jameis Winston to Houston for Deshaun Watson. Its just a hunch!

I’m willing to write off year one with the new regime, just show competency. Year 2 we need to be winning football games. I’d trust Campbell to ok this move but for nothing more than a 2nd round pick. Thomas going back to play for Meyer and getting another generational QB like TLaw to catch passes from makes too much sense for him.

We don’t currently have an expensive, injured, self-absorbed turd on the team, so he could fill that void immediately…

Technically, were still on the hook for Trufant and Jesse James $$ this yr, soooo… 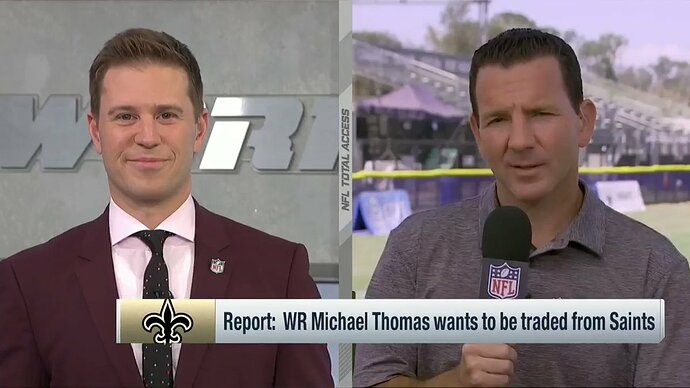 Get on the phone with New Orleans.

And Michael Thomas is a Buckeye.

Let him go flame out with JAX and the overhype train riding through there right now… if anyone knows him well it’s DC and Glenn so however they approach this, or don’t, I trust their judgement.

however they approach this, or don’t, I trust their judgement

I agree with this, but I want to make this point…

What are the odds that our 2nd round pick ends up better than a prime Michael Thomas?

If this staff with DC and AG on board decide they want Michael Thomas, I will trust their judgement. They won’t be flying blind on that decision.

Gotta love the beginning of August in Detroit with a new regime lol.

I feel the same way, which means it won’t be long now ha!