“One thing that we’ve done is included him a lot in what we’re trying to do schematically,” Johnson said. “So we spent some time this offseason watching more of the stuff he did a few years ago in L.A. and how we can incorporate some of that, while also challenging him to take the next step in some areas of improvement for him as a player as well. 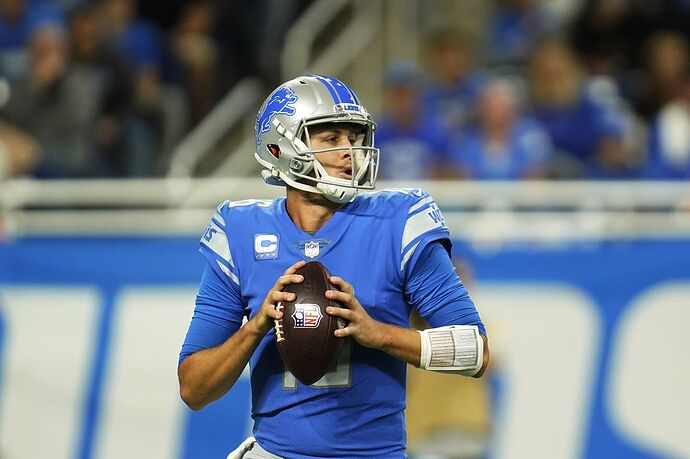 Johnson and Goff watched a lot of film together while plotting the Lions offense for next season.

This dude is smart…

“So we spent some time this offseason watching m

“Challenging him to have the best season of his career”

These coaches are not F’n around at all!

In other words, putting the training wheels back on.

This dude is smart…

we will be communicating in monosyllabic grunts and hand signals

Cool! Who’s going to start an Erhardt Perkins thread? I nominate @BearlyThere since he was bold enough to ask about defensive schematics.

I liked that too - a coach wanting to give his QB the best stat season he can…,

Like it or not, Goff, to them, is the starter and that’s it….

The best leaders in any profession put their teams players or direct reports in a position to play to their strengths and then working to develop weaknesses.

I love how our coaches seem to grasp that concept.

I love the positivity and confidence that our coordinators and positions coaches exude.
They don’t shy away from issues or give double talk. No wonder the player like it here.

I love the positivity and confidence that our coordinators and positions coaches exude.

I agree, it’s great to hear but it is the offseason and coaches are going to be pouring up lots of koolaid. Let’s see how they respond when adversity strikes during the season. That’s the true measure of a good coach.

Let’s see how they respond when adversity strikes during the season. That’s the true measure of a good coach.

Last time it ended in marked improvement and a win streak.

Same will happen this time, cuz it is who they are.

I try not to get to wrapped up in the off-season hype machine. I hope BJ’s offense swallows the D and he becomes one of the premiere offensive minds in the league. After a lifetime of torment from this franchise we deserve a good BJ that revolutionizes the game.

To an extent, BJ proved himself last year
It has been said that he’s a great football mind
I’m confident he will put in a Goff friendly offense
I like that his goal is to do everything he can to help Goff put together his best season to date
Perfect objective really
Play calling?
If he doesn’t start the year calling plays, he will finish the year calling plays
Super confident that he will deliver on his end
Assuming Goff delivers on his end, the offense can be top 10

There’s no doubt in my mind this is a team on the rise
They will provide great moments and hart breaking moments
Enjoy the ride!! 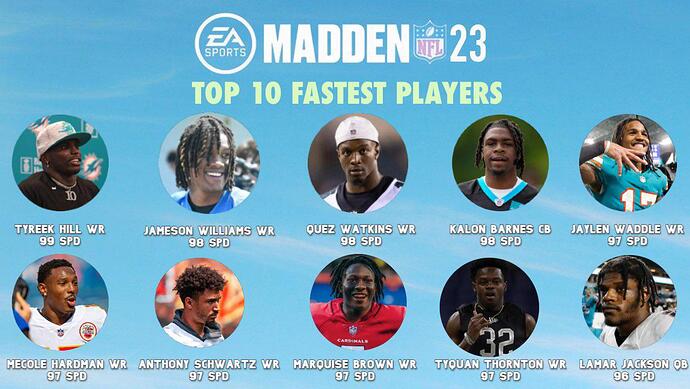 Just a little something to make y’all smile this morning. 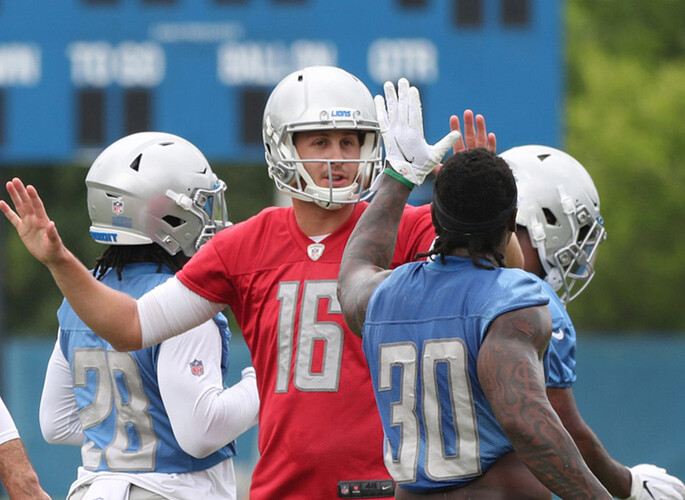 What to Expect from Offensive Coordinator Ben Johnson

Detroit Lions will have a new offensive coordinator in 2022.

Will Williams really be top 5 in speed this season?
Love it …

When he cam to earth, they were like…“meehhh…he looks about 25.”

He’s probably about 800 and thinks it’s hilarious that ppl think the Lions can’t win.
He has seen so much more conflict that football, and is merely waiting to unleash more of his power, in as inconspicuous a way as possible.

This sounds like the start of a good children’s book. In a good way. OK, maybe a book for kids and Lions fans! After reading it, it goes on the shelf next to Paper Lion.

I have been very critical of Goff. As I’ve mentioned before, I think he is a solid starting QB, but doesn’t have much upside. A top 12-16 QB. With that said, he had two seasons with McVay where he was a bonafide top 10 QB and looked like one of the best QB’s in the NFL at times. Those season are now attributed to McVay’s genius and the talent around him.

Ben Johnson has been talked up like he may be the next big thing at OC. Zac Taylor, who was McVay’s right hand man, said Johnson was one of the best and smartest young coaches in the NFL. Ben Johnson also appears to have a really good relationship with Goff.

The point I am trying to make is what if Ben Johnson can be just as good as McVay as an OC? What if on top of being just as good he can connect with Goff on a personal level as well and develop that bond. We currently have a better O-Line then LA had at that time, and arguably better weapons in the passing game. We do not have a RB like Gurley, but should still have a pretty good running game.

Can Goff get back to that level of play and do it consistently? I personally do not expect him to play like a borderline top 5 QB, but I wouldn’t completely rule it out. Confidence is an extremely important aspect of Goff’s game and with a OC, HC, and GM firmly in his corner, his confidence should be high.

The table is set for Goff this year to prove his worth. And this seems to have been the plan all along. Everybody has their opinions, some will be wrong in retrospect. I think we’re going to see 2017/18 Goff this season, but we’ll see.

He can return to any level of play he has ever been at …and more.

What I LOVE about Goff
→ Ability to hit tight windows.
→ Ability to throw while scrambling
→ Decent deep ball when he can step into it

What I’m skeptical of
→ Different player when the threat of contact is there, and does not excel at the “man whoop a man” part of the game". while that’s not the QB’s job, he goes from a top 10 passer when protected, to considerably below when the threat of being hit is there. He does amazing as long as he sees he can get rid of the ball before the hit arrives

Cool! Who’s going to start an Erhardt Perkins thread? I nominate @BearlyThere since he was bold enough to ask about defensive schematics.

I’ve been trying to figure out this offense and I don’t think it has a true identity yet. It may one day become the Ben Johnson offense if the Lions can keep up the pace.

Some of the play calling reminds me of the Rams with the jet sweeps layered WRs. All of jumbo packages with traps and pulls reminds me of the Harbaugh 49ers offense. There is a lot of very technical motion between the OL and WRs. This looks like a very well prepared offense and OL. Hats off the Fraley and Johnson,. They are trusting their OL to move as one unit with at least 2 blockers moving. Something different than straight ahead or drop back.

Can they keep this going?!?!