Looks like we are only drafting guys with repeating initials, but I’d be down with this draft

Bills will be all over RB Bijan Eagle fans shouldn’t worry.

That would kick ass 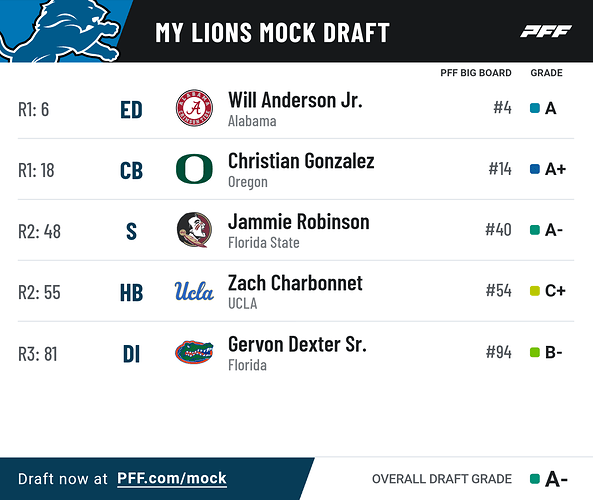 That works, now if only the rest of the league will be that kind on draft night.

I like the rd one picks then in round two you went an picked players you like not players who will help Lions.

The DT is short an only plus as pro is he is quick an teams will ruin that trait. Its a good idea to stop looking for the next Donald .

Just take players you think inprove Lions. I see even the Mocks by talking heads wanting an showing Lions moving up. Everything in NFL is copy cat now cus Holmes moved up to get top end WR they expect him to do same type things again.

So they make there mocks like last draft a lot what media does is like copy cat. Notice how fast they get on a player an he moves up draft or down. They are always following each other few think on there own an many have know idea whats on Lion roster. Fans on board like this know more not just about Lions but other teams

Well, simulator obviously doesn’t like me as much as it likes @Weaselpuppy , or scared of what the Weasel has learned about PFF, in his day job. 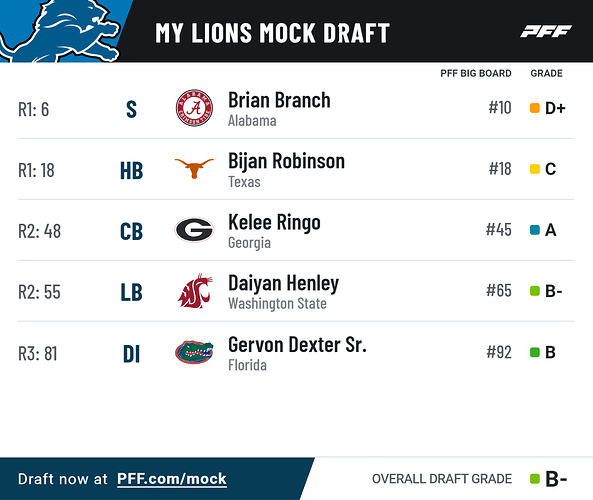 I could see this happening - having to trade up to get Carter. 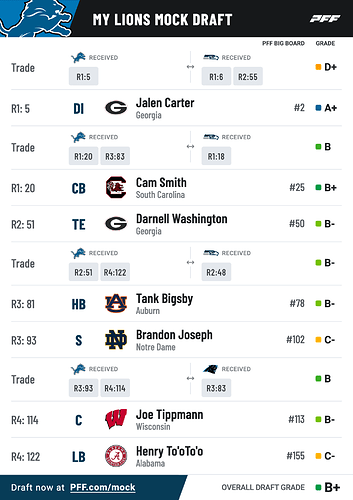