How Good Is John Cominsky? 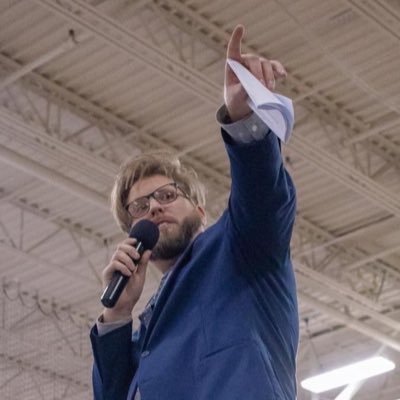 @BenjaminSRaven
Aidan Hutchinson once again the top-graded defender for the Lions, per Pro Football Focus. Highest run grade of career (81.0), added two pressures and four PFF stops. Alim McNeill with one of the best games of his season. And another plus-70 day for every-down LB Alex Anzalone

@BenjaminSRaven
Also, John Cominsky is tied for the fifth-most pressures (22) in the league since Week 11. He had another five yesterday. Another glue guy down in the trenches.

The fifth most pressures in the ENTIRE NFL since week 11. Maybe he is going to be a lot more difficult to retain then we think?

If the Lions cut Harris, they can shift those cap savings over to Cominsky.

The Lions can save $6M in Harris’s base salary while incurring a cap charge of nearly $4M.

He’s well worth keeping! One of them glue guys…Underrated

He’s been playing really well…yesterday he had 5 pressures, 3 QB hits and a sack and he gives us a large Defensive end on running downs with the ability to move all over the D-line on passing downs. He’s a big dude, 6’5 - 285, and can move really well for his size. Ran a 4.69 - 40 coming out of college at 285 pounds, which is faster than a lot of linebackers.

And some fans might not realize but he’s playing huge snaps, barely comes off the field in the past 5 games, Cominsky has played 80% of the defensive snaps. Only Hutch is higher in snaps for Lions for D-linemen.

Pretty surprising Atlanta just gave up on this dude. Great waiver claim by Holmes. 8 other teams had claims for him, so clearly other teams will have interest in free agency.

Cominsky was out for the 5 game losing streak. When he came back they started to win. So I’d say, very important.

If the Lions cut Harris, they can shift those cap savings over to Cominsky.

The Lions can save $6M in Harris’s base salary while incurring a cap charge of nearly $4M.

Yeah, do that. Anyone that takes snaps from Houston right now better be a 5 sacks per 60 snap type of guy… so…

Atlanta clearly didn’t know what they had.

Cominsky is a grade-A requirement for re-signing. Hes that good. Pay the man.

Doesn’t look like it, but a coaching and scheme change had a lot to do with it.

This could be the group of edge players for 2023: 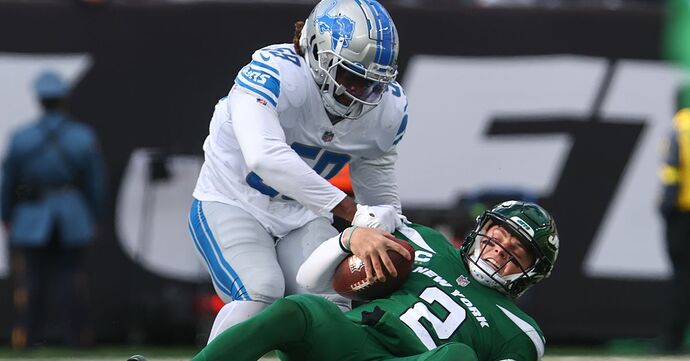 A closer look at the snap counts from the Detroit Lions’ 20-17 victory over the New York Jets in Week 15.

Bryant, Harris and perhaps Julian Okwara out if they draft another edge.

That group of ends is looking pretty darn good all of a sudden, with the emergance of Houston and especially with the way Romeo played yesterday. Shit 3 of them are rookies still.

Now we need to add one more stud DT and this D-line could be something special. Alim is a keeper, but he needs a partner in crime. Buggs has actually played pretty well recently, but I think he would be best as a rotational piece with less snaps.

He also illustrates how amazing carter would be for us.

Buggs could displace the snaps that Benito Jones currently gets.

I think he is the unsung hero of our defense. Maybe the team!

Buggs could displace the snaps that Benito Jones currently gets.

Cominsky, Hutch and Paschal can all rotate inside on passing downs as well. So, when we get into that Nascar package, you can really get creative with Houston, Romeo, Hutch and Cominsky all on the field at the same time, we saw it yesterday. That’s tough to deal with for any O-line.

We gotta add to the secondary, but this defense has some good young pieces to build on.

He’s kind of like the Jamal Williams of the defense. Productive and oozes leadership. A must re-sign, been saying this for weeks. As somebody else said, cut Harris and assign that money to Commish.

Speaking of Jamaal is he banged up!? Hasn’t quite looked like himself the past couple games.

Speaking of Jamaal is he banged up!? Hasn’t quite looked like himself the past couple games.

I think it’s just regression to the mean. He’s never carried this much of a load I believe. Also, he would have scored a TD yesterday if not for one of the “holding” calls

Jamal Williams of the defense or maybe 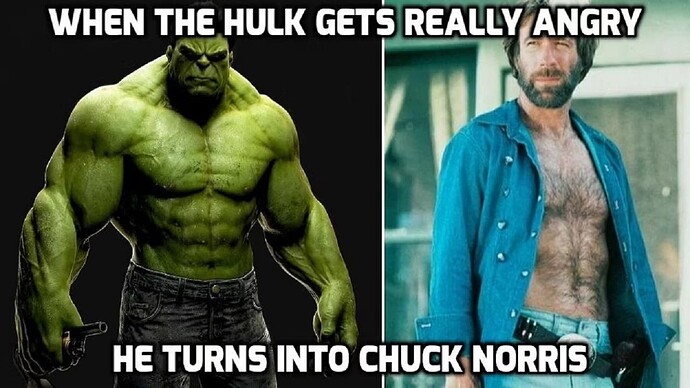 I think he is not getting the attention that maybe he deserves. What a pickup.