Biggest thing that stands out to me in those pics. Guy is one short armed looking dude, good on him for being able to play in the league with those short arms

He is definitely built to play inside. I was actually surprised he was trying to make a career at DE, which I didn’t know before doing the research.

I’m really starting to like these two guys, along with CB Garrett Williams, Syracuse.

Does Murphy have character concerns? I’ve heard some smoke about effort but that’s it. His production isn’t too bad for a kid in his 20 year old season. 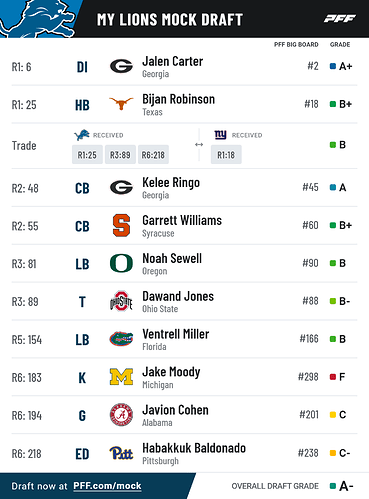 I mean, they told Mozart his compositions had too many notes and he asked which specific ones to pull out…I love that movie…so you are absolutely Mozart to my Salieri and its just Id rather not go that format.

Agree. Replace TE Washington round 2 with defense … now what?