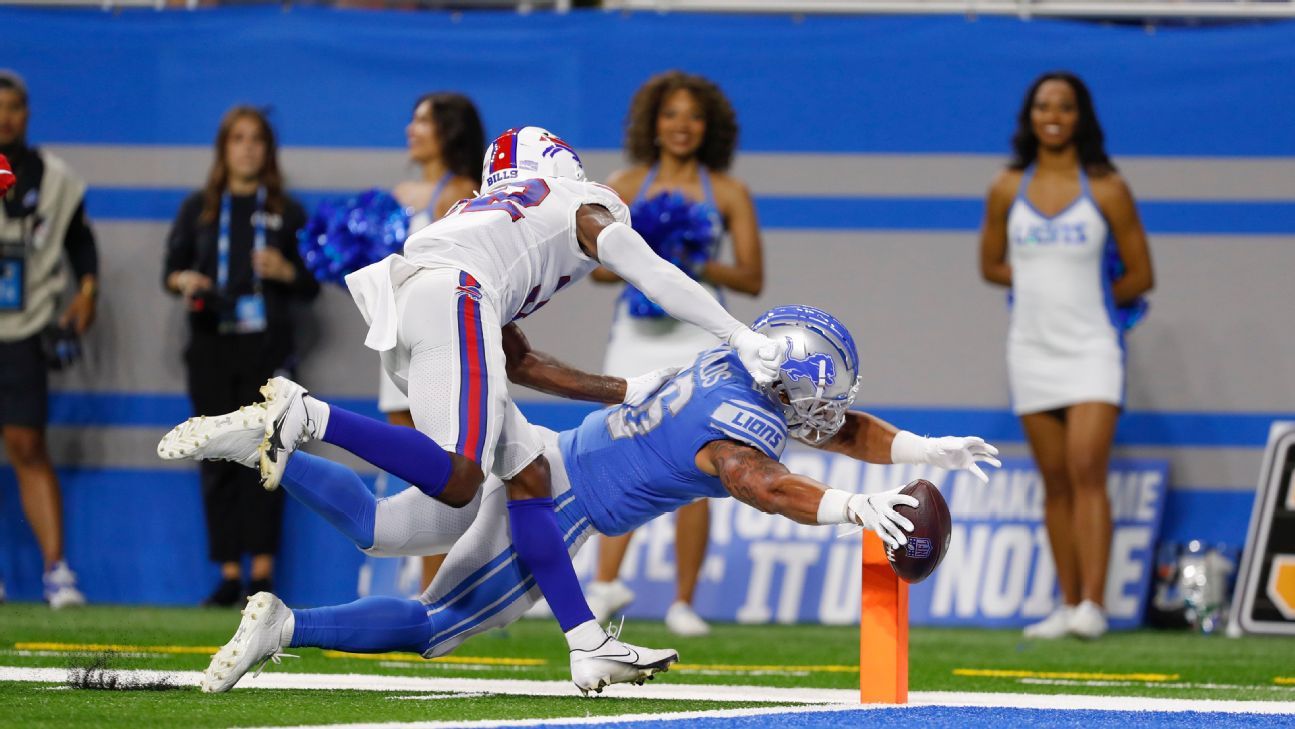 Lions RB Craig Reynolds went from being a free agent Thursday morning to scoring his first career touchdown Friday night. "I introduced myself in the huddle at one point," said Reynolds, who led Detroit with 49 rush yards in a preseason loss to...

For those who didn’t watch the 4th qtr, this kid has some wiggle and vision. If last night was any indication of what he can do, there could be an interesting decision to make about him sticking on the final roster.

He’s also only had 1 rushing attempt in his short NFL career.

His college average was 5.3 over 4 years.

Idk but he look so much better then Jamal williams. This kid had vision williams was like washington used to be just run as fast as you can right in to the ass of your olineman. Williams is a wasted roster spot and is way over paid. That’s 2 bad FA signings, him and Dunbar were are big additions and they both are let downs with Dunbar already gone. Williams will probably make the team because of his contract Damm sure not his play.

Against nickel base defense?

Williams is going to be a real weapon for the lions. He was a do it all back for G.B. who looked like a rb 1.

The o-line was blocking like crap when he was in. I think the o-line will start jelling when the season starts.

3rd and 4th string players often look like all stars at the end of games. I want to see how Reynolds does against first and second stringers.

Dunbar was signed for cheap and Roby is a good replacement for him.

If this keeps up, some of you are going to be crushed to learn yer boy Jermar Jefferson isn’t making the team.

His college average was 5.3 over 4 years.

He accomplished that at the powerhouse Kutztown University… They play in the same division as Slippery Rock, and we know how good Slippery Rock can be…

I bet you he has 0 impact here, say what you want about the oline but he never seen the holes that were there he just ran in to the ass of his owen lineman. No patience like Reynolds. If he’s in the back field on game day we will not have a running game.

He’s from Cuts Town. Rough name to be an alumni of when trying to make a team. Worked for John Mobley though.

If this keeps up, some of you are going to be crushed to learn yer boy Jermar Jefferson isn’t making the team.

And Tom Kennedy had more yards than St. Brown last night… so are the Lions keeping him over Amon?

Reynolds showed some promise, but he also was running for his TD against a D-line of Efe Obada, Darryl Johnson, Treyvon Hester, and Eli Ankou when he got his TD.

Obada is 3rd string DE.
The others are 4th string on their depth chart.

2 of the 3 third string LBs on that TD play actually ran away from the play… moving towards the decoy flat route that TE Brock Wright ran… and created a huge void in the middle of the defense.

On his 11 yard run, rookie safety Damar Hamlin was in a run blitz and had a clean path to tackle Reynolds for a loss, but he failed to break down and overran the play… which gave Reynolds a lane to run.

It is one thing to be encouraged by Reynolds making good on his opportunities, but also important to evaluate why the plays were successful.
The majority of those yards came from poor defensive execution by the 3rd/4th string Bills.

Idk man, I was high on Williams, but after watching last night, he had some opps to bounce or cut left or right and break off alot more yards, but he ran right up the ass of his OL/blocker instead every time. So far, he looks to have zero vision and just tries to zerg north/south then goes down. Maybe he’ll go back and watch the game film and see that he needs to see the field better…because he missed some stuff. And sure, the OL looked kind of garbage run blocking, but he did have some chances to use his ability a few times, in spite of poopy blocking, but didnt cash in.

He better. I have a #/25 Prizm autograph card of him being graded and I need it to be appealing to the Detroit Lions Memorabilia collectors FB page I joined. I think I have seen every Swift card made sold there in the last year. That JJ card will pop if he sticks on the roster.

Against nickel base defense?

LOL - Our emotional home is nickel.

Too early to throw Williams away. Yes he appeared to have bad timing and no vision but when he was packerin it he showed good explosion and power whenever he got through the first level.
Preseason opener, bills were 8 sometimes 9 around the box and played it stingy. And Det stuck to the script where normally Goff might change to a run play where there’s an advantage. Yeah Williams is not a good primary option but he did scrap for a couple of nice first downs on drive 2.
One in game adjustment I liked was not seeing Williams lined up 8 (9) yards behind the LOS. He’s not Leveon Bell for sure.

Massive drop off from swift. Nice backup. I don’t view him as a big 1-2 punch/2 headed monster scenario. More a good backup that can help shoulder swift’s load

Did you miss the, “if he keeps this up?”

So you’re saying if he keeps this up, there’s no reason to believe he’s going to beat out … a 7th round pick?