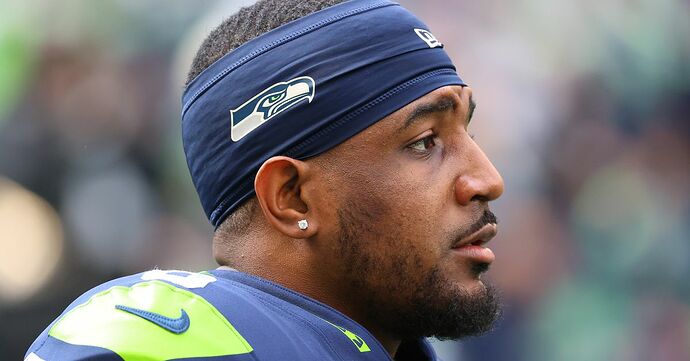 Quandre Diggs tells Penei Sewell to embrace the city: ‘I love that place’

Make no mistake about it: Quandre Diggs was run out of town by the previous Detroit Lions’ front office and coaching staff—but Diggs doesn’t appear to be holding a grudge towards Detroit. Well, the city, at least.

Then general manager Bob Quinn dealt Diggs and a seventh-round pick to the Seattle Seahawks in exchange for a 2019 fifth-round pick. A stunning move by most accounts, the trade ended up an eventual disaster for Detroit. Diggs took the move in stride, happy to be free of then-coach Matt Patricia’s thumb, and went on to play some of the best ball of his NFL career.

In 2020, Diggs logged five interceptions and made the Pro Bowl for the first time in his career. That offseason, he was named to the NFL Top-100 players list, checking in at No. 77. This season, a repeat of his five-interception season earned him another trip to the Pro Bowl.

Diggs has every right to be bitter about how things ended in Detroit. He was an ascending talent that worked his way up from being a sixth-round nickel corner into a starting safety role. Then last regime traded him away with no warning, leaving him “blindsided.”

Last Sunday, after the Seahawks defeated the Lions in Seattle, Diggs made his way through the sea of Lions players and personnel, touching base with people from his recent past that he “didn’t get to formally say goodbye to before I left”:

But Diggs wasn’t just sending thoughtful messages on social media. The Lions’ camera crew also caught this interaction between him and Penei Sewell (who was mic’d up for the game):

“Keep ballin’ boy,” Diggs says to Sewell. “Like I told you, embrace the city (of Detroit), They gonna love you. I promise you. I love that place.”

You can watch the entire Penei Sewell mic’d up segment here. (And I highly suggest you do)

Diggs has been asking for a contract extension from the Seahawks for some time now. Despite sitting on over $19 million in cap space, they have not rewarded him with one. After this Sunday, he will have played out the final year of his deal, making just over $3.6 million this season. Hardly a stellar figure for the back-to-back Pro Bowler.

If Diggs doesn’t land a contract extension in Seattle this offseason, he will hit the free agency market in March—and I know a place that he loves that will likely be in the market for a cornerstone Pro Bowl safety.

Come home, Quandre. We love you too. Come home.

I loved watching that guy play and was a shame what happened to him and Slay. Both those guys are Pro Bowlers this year and we got peanuts for them.

With Diggs being a free agent, any interest in bringing him back? He is turning 29 later this month and with his style of play he could conceivably have another 3-4 good seasons left in him. He is also exactly the type of player Campbell likes, and clearly loves this city.

You beat me to it! Just saw this video and loved it.

The thing I hate about the Pro Bowl is that if Quandre Diggs played in Detroit he wouldn’t make the Pro Bowl. Our fans just aren’t into voting it seems like.

Did anybody else notice Nick Bellore made the Pro Bowl too with Seattle? Twice now as a special teamer.

I am 100% into signing Quandre. Talk about a perfect match. I don’t care how old he is.

The thing I hate about the Pro Bowl is that if Quandre Diggs played in Detroit he wouldn’t make the Pro Bowl. Our fans just aren’t into voting it seems like.

I do agree that just the way he handles himself on and off the field is 100% a Dan Campbell kind of guy. Would bring some leadership to this secondary for sure.

Now we just need Slay to come home too.

I’m still very bothered by many of the justifications I read here for why giving away Diggs was a good idea at the time.

I’m still very bothered by many of the justifications I read here for why giving away Diggs was a good idea at the time.

I second this. The amount of peeps who took Patricia’s side over Diggs and Slay was absolutely obscene.

I wasn’t here at the time, but I understand why Quinn and Patricia did it. Both Diggs and Slay completely hated and disagreed with the way Patricia ran things. If Patricia had any shot of doing whatever the hell he wanted to do, those guys had to go.

The issue is ownership should’ve realized before that point that Patricia was the problem and not the players and never allowed it to happen. They set this team so far back trying to do thing their way that Campbell and Holmes are almost starting from scratch.

Diggs and Slay were two of my favorite Lions too, so I was pissed when we traded Diggs and I knew the Slay trade was inevitable. Especially since we got shit for compensation for both.

Imagine thinking you had Will Harris in the wings so Quandre Diggs was expendable.

I’d love to have Quandre come home. My only concern would be with paying him and Walker. If we can only afford one of them, then I would prioritize resigning Walker.

Kudos to you sir, that made me laugh.

The sad thing is Harris was actually okay as a rookie. For a 3rd round pick thrust into a large role he showed some promise. Not sure what happened after that though because he has been among the worst safeties in the entire NFL since.

If Patricia had any shot of doing whatever the hell he wanted to do, those guys had to go.

This was their point, and honestly it wasn’t an unreasonable take. It just pissed me off because I hated MP with a passion.

Maybe I’m off on this, but Walker will not be a tough re-sign. He had a good 2nd year and horrendous 3rd year. Some of that could be attributed to Patrcia, but that film is still out there. In a contract year he came out and really played well for half a season. Since then he has been pretty average and hasn’t really stood out. In a pretty good safety market in FA, I don’t see him getting overpaid. Wouldn’t surprise me one bit to see him sign a 2-3 years contract for 5-6mil a year which is average starting safety money.

Diggs also shouldn’t break the bank. He is not in the upper echelon and hes approaching his 30’s. Don’t see him getting over 10mil a year and would figure he settles in the 3 year 24-30 mil range.

There seems to be a high opinion of Tracy Walker in the PFF community. I know earlier in the season he was rated pretty high. I don’t have a subscription, so I don’t know the latest.

I think he has played well and earned a decent contract though.

He is currently the 45th ranked safety per PFF. He was at one point top 3. To drop that far means he has really struggled. I don’t have access to game by game grades.

I honestly had no idea he was a free agent this year.

I’d give it a really good chance that he’s back here.