Why stop there. Just have every team play each other, once at home, once on the road. A total of 5 or 6 games with each set of teams to get to 162. Then eliminate all divisions and leagues and just have the top 12 teams make the playoffs each year. Or is that too radical to only have NYY-Bos only have 6 games a year (because that’s all MLB cares about).

I love that idea.

Another positive note. Parker meadows has made some corrections in his swing and is really starting to hit the ball well in AA. .268 with 18 hr is a marked improvement form the past couple years. It also looks like torkelson is starting to get going a bit. He’s hitting more than singles again.

Yzerman is so good he can fix the red wings and the tigers!

Now we just need to win.

Thank you Tigers for beating the Mariners tonight…Jays clinch home field for the wild card!

The Tigers are 11-2 since Scott Harris was signed as GM.

The Tigers are 11-2 since Scott Harris was signed as GM.

Now that you mention it…do these wins count on Harris’ record?

Wonder if Tigers history would’ve been very different if, instead of signing Zimmerman, the Tigers made an effort to keep both Verlander and Scherzer. 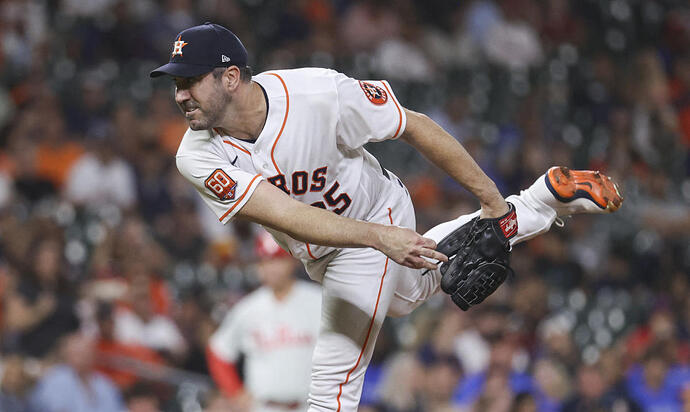 The AL Cy Young favorite was in postseason form against the Phillies.

Might not have drafted so many starting pitchers who didn’t work out.

The Tigers had many chances and shit the bed. There should have been AT LEAST 1 championship in those years. Those pitching staffs were insane.

Roller coaster, Big Potato, Nathan, Jim Johnson and other closers who were good at one point negated that whole thing…

Thats the narrative, but the reality is that Victor, Miggy, Guillen, Prince, C Mo, Thames, Polanco etc were all incredibly anti-clutch, as was Verlander.

They just sucked when it was sack up and win time.

Its the truth yo. Sucks.